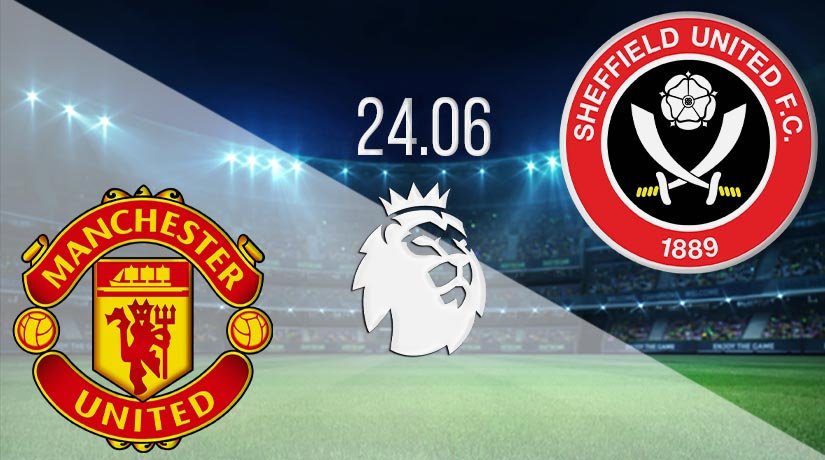 Premier League action returns to Old Trafford on Wednesday night as Sheffield United are the visitors. But, will Manchester United be able to claim the three points that will pull them within striking distance of Chelsea?

Manchester United will be expecting to claim their first win since the restart when Sheffield United come to Old Trafford on Wednesday. The Red Devils were somewhat unfortunate not to have got all three points from their opening fixture against Tottenham Hotspur, as United dominated much of the game. However, they were unable to create much in terms of clear-cut opportunities, with Hugo Lloris only needed to make a number of decent saves.

The Red Devils went behind in that fixture as Steven Bergwijn fired past David De Gea, but the travelling side struck back after Bruno Fernandes scored his third in five games for United. Ole Gunnar Solskjaer would have also been thrilled with having Paul Pogba and Marcus Rashford back in his starting eleven, with both players making their first appearances since returning from injury.

Meanwhile, Sheffield United have endured a difficult return to Premier League action as they are yet to win in either of their two games. The Blades should have won against Aston Villa on their first game back, but they saw a goal disallowed, as the goal-line technology wasn’t working.

They wasn’t as unfortunate in their most recent game, as they were outplayed and outfought by Newcastle United as they were handed their biggest defeat of the season. Sheffield United were reduced to ten in that defeat with John Egan being sent off five minutes into the second half. Chris Wilder will have a selection dilemma for the game at Old Trafford as he will also be without Dean Henderson, who is playing against his parent club.

Sheffield United haven’t beaten Manchester United in any competition since 1993, while United have won seven of the previous eight. The only blemish on that record was the 3-3 draw from the meeting earlier in the season. United won the last meeting between these two sides at Old Trafford in the Premier League 2-0.

Sheffield United have enjoyed an excellent season, but it does seem as though their form is slowly disappearing. United will be aware that this is a huge game, and they will need to get the three points to close to within two of Chelsea. United will be the preference for gamblers.

Make sure to bet on Manchester United vs Sheffield with 22Bet!