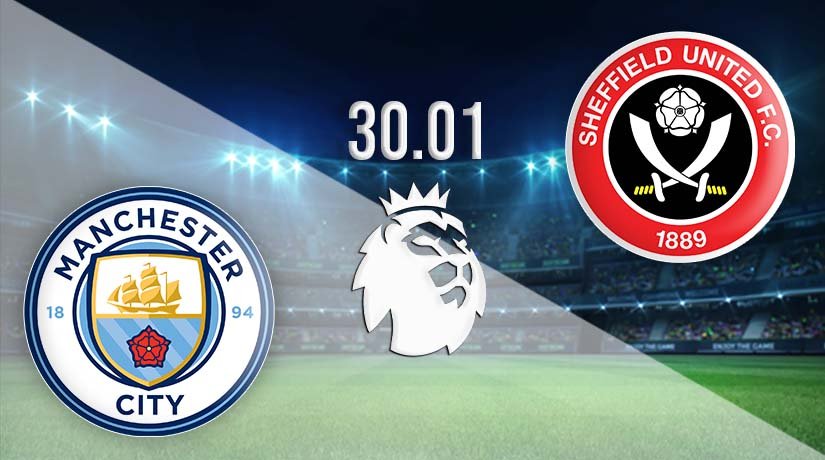 Manchester City produced one of the performances of the season to move to the summit of the league table with a win over West Bromwich Albion. They will be looking to continue that excellent form with a win against Sheffield United this weekend.

Manchester City went top of the Premier League table for the first time this season in midweek after a commanding 5-0 win against West Bromwich Albion away from home. The Citizens are only getting stronger as the season is progressing, and look to be the team to beat in the Premier League. Pep Guardiola’s side would have been lifted over the past couple of weeks after seeing Liverpool struggle to pick up points consistently, but they will be aware that there is still threats posed by Manchester United and Leicester City this season. They have piled the pressure on those sides this past week after picking up a massive win against the Baggies. Ilkay Gundogen stepped up in the absence of Kevin De Bruyne in that game, as he scored two first half goals. Meanwhile, further goals from Joao Cancelo and Riyad Mahrez put the game out of sight before the half time whistle was even blown. Raheem Sterling also got involved in the scoring in the second half, as he scored his sixth goal of the season.

Sheffield United are already looking doomed this season, and this daunting challenge that awaits them at the Etihad may be the last thing that they need at present. The Blades have won just once this season, and have taken just five points from the 19 games that they have played at this half way stage of the season. Their chances of survival this season look slim, but they won’t centre around games against the likes of Manchester City. However, there would be a massive boost in confidence should the Blades get anything from this game.

Sheffield United have never beaten Manchester City in the Premier League. They have lost four of the five games between the sides, with their only positive result coming in the form of a 0-0 draw in 2006.

This shouldn’t be a difficult task ahead of City this weekend, and there could be a repeat result from the game that we saw at the weekend. City should win very comfortably at the Etihad.

Make sure to bet on Manchester City vs Sheffield United with 22Bet!