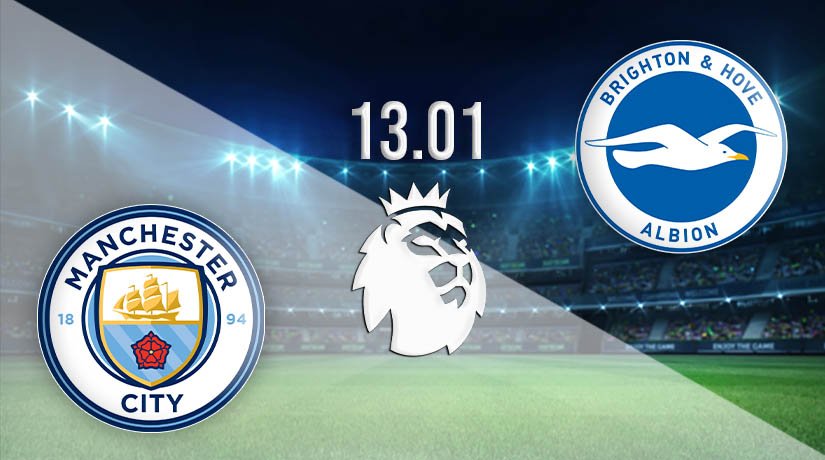 Manchester City have the opportunity to move into the top four of the Premier League this week, as they come up against Brighton & Hove Albion in one of their games in hand.

Pep Guardiola’s side have been going under the radar so far this season, but their recent upturn in form has led to City regaining their place as the outright favourites to win the Premier League this season. City have won their last three, and have also beaten Manchester United to advance through to the final of the League Cup. A win for City at home against Brighton will lift them up to third, while victory in their next game in hand will see them move ahead of Liverpool. City have been excellent in their recent outings, as they have put in some of their best performances of the season. Guardiola’s side were dominant in their recent 3-1 success away from home against Chelsea. The Citizens were 3-0 up at the break in that game after goals from Ilkay Gundogen, Phil Foden and Kevin De Bruyne. They weren’t able to get the clean sheet in the end, as Chelsea scored a late consolation goal.

Things are looking a little desperate for Brighton & Hove Albion at present, as they are without a win in six league games. That run of form means that they have dropped to 17th in the league table, and are just three points clear of Fulham. Brighton have the fifth-worst defensive record in the league this season, as they have already conceded 28 goals in their 17 games. However, one aspect that sets them aside from the teams around them is that they don’t have trouble finding the back of the net themselves. They have scored 21 goals in the league this season, which is a higher number of goals than all of the other teams in the relegation scrap.

Brighton haven’t enjoyed any bright moments against Manchester City since their promotion to the Premier League. City have won all six meetings in the top-flight. The Citizens scored nine goals in the two games against Brighton last season.

This shouldn’t be a difficult match to predict, as it looks incredibly unlikely that Brighton will get anything from the game. City will win this fixture by a significant margin.

Make sure to bet on Manchester City vs Brighton & Hove Albion with 22Bet!