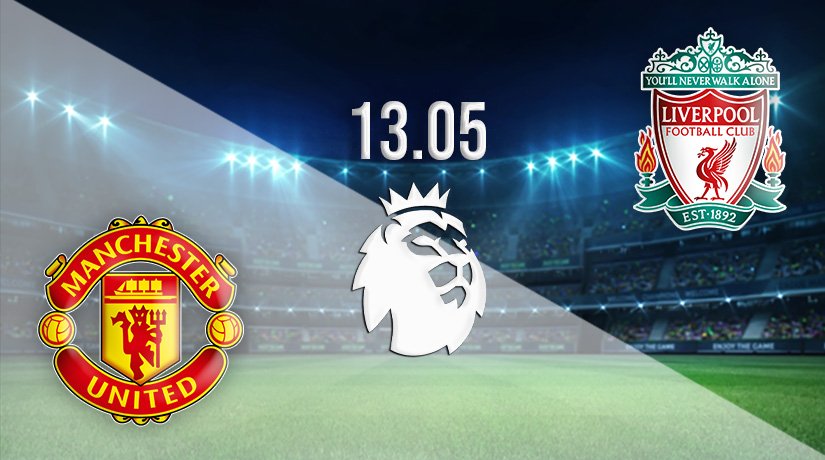 Football fans have a packed midweek of action ahead with games of interest taking place in some of the top European leagues, including the English Premier and Spanish La Liga. They don’t come any bigger in name than the fixture set to take place at Old Trafford, where Manchester United host old rivals Liverpool in the top tier of English football. These clubs have served up some memorable games over the years, often with the league title hanging in the balance.

That won’t be the case in this match as neither Manchester United nor Liverpool can win the league trophy. The hosts are already safe in next season’s Champions League thanks to a top-four finish in the Premier League. Opponents Liverpool were forced to hand their trophy over to this season’s champions Manchester City and look in danger of missing out on a place in the top four. The pressure is on the away team to claim victory.

This will be the third match involving these sides this season after crossing paths in the league and the FA Cup. The opener produced a goalless finish at Anfield back in January as both teams looked relieved to avoid another defeat. The last clash was more interesting, ending in a 3-2 FA Cup win or Man Utd at this venue just a week later.

The home team are eager to remain unbeaten against Liverpool since December 2018, while Liverpool knows they need the points to put pressure on Leicester City and West Ham United in the battle for fourth place in the league.

Manchester United enter this midweek tussle with Liverpool sitting in second place, 10 points behind leaders Manchester City. There are still a dozen points left to play for, so it’s not yet mathematically impossible for Man Utd to win the league. To do so, they’d need to win each of their remaining games and hope Man City fell apart in the closing stages. It’s a big ask, of course, but those camped inside the home dressing room will be eager to, at least, put pressure on the leaders and their great rivals with a win.

Victory in midweek would move Man Utd onto 73 points, sitting behind Manchester City on 80. There will then be three games and nine points left to play for. Most fans don’t expect United to win the league this season, but with Man City stuttering in the campaign’s closing weeks, they will want to see their team get as close as possible. United want to make City work for the prize while sending out a message of intent for next season. The club wants to show they are moving in the right direction and can be league winners again.

United have won four and drawn one of their last five league games. They are also in the final of the Europa League, so they could end the campaign as silver medalists in England and champions of UEFA’s second competition. That would set them up nicely for next season’s Champions League push. A solid finish to the domestic campaign will put the players in a great frame of mind for the Europa League final later this month.

Disappointing season for the Reds

It has been a somewhat disappointing season for Jurgen Klopp, his Liverpool players and their fans. The Reds supporters found themselves locked out of last summer’s title party as Liverpool returned to the head of English football. They won the Premier League at a canter, easing past Manchester City, but the celebrations took place behind closed doors. Supporters had hoped that was just the beginning of the good times, and their club would go on to dominate English football. They were wrong with Liverpool failing to land a glove on Man City this term.

The visitors arrive at Old Trafford for this match with their stats for the season showing 16 wins against nine draws and nine defeats, scoring 57 goals and conceding 39. Their goal tally is greater than Chelsea in third, but their goals conceded tally is worse than Arsenal down in ninth place. That stubborn defence that drove Liverpool to last season’s title has abandoned them this year. Klopp knows he must spend in the summer if he is to plug the leaks and get his men back on track.

Despite their lowly position, Liverpool enters this match on an unbeaten run of form with three wins and two draws in their last five. They followed back-to-back draws with a strong 2-0 win at Anfield over Southampton on Saturday in their most recent league start. It was a battle between two solid teams but one that gave us a deserving winner. Mane broke the deadlock on 31 minutes before Thiago made sure of the points with a second goal on 90 minutes to put the game to bed.

Will this match live up to previous fixtures involving these giants of English football? Armchair fans certainly hope so. Man Utd needs to win to avoid handing the title to Man City, who isn’t in action. Fans would hate to see Man City confirm the trophy because of a United loss. That adds pressure to the home dressing room, who know that although the stadium will be without supporters, expectations from followers remain high.

Liverpool has more to play for here if accepting Man Utd won’t win the league. Time is running out for them to smash their way back into the top four and secure Champions League football for next season. Of course, it has been a poor season, but exclusion from UEFA’s elite tournament would be a disaster. Missing out on the riches would put pressure on the board to spend their funds in a bid to fight back.

The pre-match betting at 22bet has Manchester United priced at 3.15 to win the game, with Liverpool trading at 2.144. The draw can be backed at 3.7.