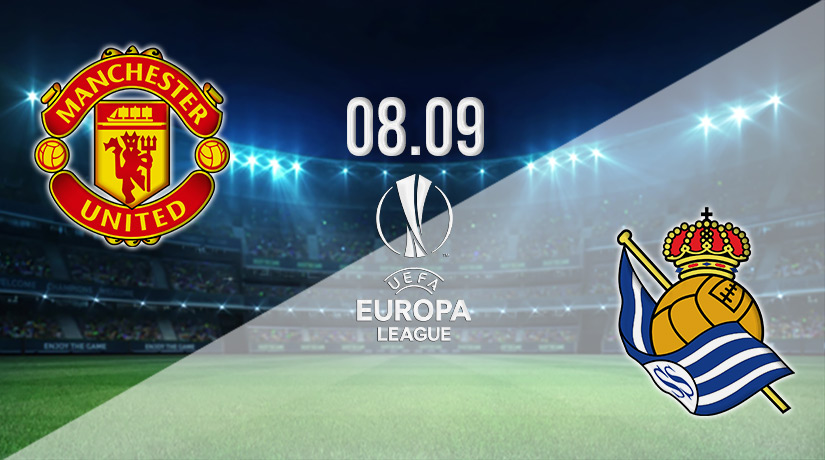 Following two days of quality from the Champions League, UEFA’s other two competitions get their chance to shine with the Europa League and Conference League first group games played. This tournament isn’t as high-profile as the one played 24 hours previously, but there are some mouth-watering fixtures to be played with big-name teams in the running. Manchester United, if performing at their best, are one of the sides good enough to become Europa League champions, taking the title won by Frankfurt against Rangers the last term.

The group begins at Old Trafford for Manchester United, where they aim to continue their recent strong form when hosting Spanish La Liga side Real Sociedad. Teams representing Spain rank as the most successful at this level, with La Liga providing us with more Europa League winners than any other European division, but Sociedad are up against it on matchday one, and they will do well to progress from this pool before they can even begin to think about challenging for the trophy.

It’s not too often you see Man Utd and Real Sociedad face off, but they have played four times previously, with United unbeaten in that period. The head-to-head stats show two wins for the Red Devils and a pair of draws, with the most recent clash played at Old Trafford throwing up a goalless finish. That was played in February of last year but came after a responding 4-0 win for United in Spain. The home win would be no surprise here, but Man Utd will be made to work for it every minute of the match by a determined opponent.

United are fighting back

Manchester United suffered the worst possible start to this season when losing each of their opening two Premier League matches under their new regime. Fans feared it would be another nightmare season for the Red Devils, while critics commented that the club would never be the same again. They would never relive the glory years enjoyed under previous manager Sir Alex Ferguson. But the players have been able to turn things around, and the team that takes to the field on Thursday evening will be full of confidence.

Man Utd is fifth in the EPL after six games played, with stats of four wins against those two losses. They have scored eight goals and conceded just as many, but that CV is more impressive than it seems at first glance, as each of their opening two league games ended in heavy defeats. A dozen points against their name from a possible 18 means the Red Devils are better off than the likes of Chelsea and Liverpool while nipping at the heels of early leaders Arsenal, Man City, Tottenham and Brighton.

We last saw Cristiano Ronaldo and co in action on Sunday afternoon when they hammered Arsenal 3-1 at this venue. The Gunners were pre-game favourites with pundits to continue their emphatic winning form against an opponent still thought to be finding its feet. Still, it was United that came good, winning the match and adding another vital three points to their tally. From struggling to remain afloat down in the relegation zone, Man Utd are now driving hard for a European place.

Real Sociedad will arrive in Manchester to play United at the Theatre of Dreams, with the pundits dead against their chances of getting anything from this match. The La Liga outfit kick-off as the rank outsiders of the tie, and not many are expecting them to qualify for the next round, at least not without experiencing a few nervy moments along the way. But the visitors aren’t here simply to make up the numbers, and they aren’t in England to lose.

Sociedad has started the Spanish football season in decent form and can be found inside the top 10. They started this week ninth in the ladder with stats for the campaign so far, reading two wins, one draw and a solidary defeat, scoring four goals but conceding five. They are capable of better than we’ve seen from them, but they must tighten up that leaky defence if they are to achieve anything of note in La Liga or the Europa League. Failure to do so could see them take a sore one here.

We last saw Real Sociedad in action on Saturday when stretching their unbeaten run to two games thanks to a draw with recent La Liga champions Atletico Madrid. It was another match they were expected to lose comfortably, despite being the home team on that occasion, but Sociedad fought hard for a point, finishing 1-1. Morata gave Madrid the lead inside five minutes, but Sadiq fired an equaliser 50 minutes later, and that’s how things finished, with both teams sharing the points.

Man Utd will be roared on by a capacity crowd, and that has the potential to be the difference in what should be an otherwise tight affair. Man Utd is the favourites, and their recent form in the Premier League shows why. If they are at their best, they have the players to win this match and score a few goals into the bargain. In Ronaldo, they have a player who can turn games in their favour in an instant.

Real Sociedad arrives for this match free from the kinds of pressures that would follow a side into the Europa League. The Spaniards have been written off, and it’s not difficult to see why but they have taken four points from the last six available to them in La Liga and will come and have a go at Old Trafford.

The pre-match betting odds available at 22bet offers Manchester United at 1.68 for victory here, with Real Sociedad trading at 5.05. A draw wouldn’t be the worst for either side at this early stage of play, and you can take a chance on the level scoreline at full-time with 22bet offering 4.18.

Make sure to bet on Man Utd v Real Sociedad with 22Bet!