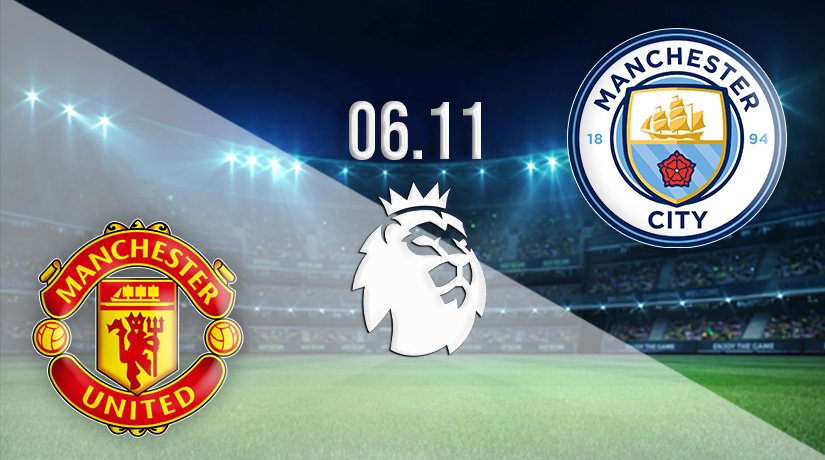 The big matches just keep coming, and following a midweek spent enjoying the UEFA Champions League, Europa League and Europa Conference League, football fans turn their attention back to league action. Game of the weekend in Europe sees the hotly anticipated return of the Manchester Derby as United host City at Old Trafford. This fixture will be played on Saturday from 12:30 GMT, and the Premier League points will be decided in front of a global audience. Will Man Utd make their home advantage count and get the win, or will Man City heap pressure on manager Red Devils boss Ole Gunnar Solskjaer.

Neither Manchester team are top of the league at this stage, but Manchester City sit much closer to current leaders Chelsea after 10 games than their hosts. United started the season well but have gone off the boil in recent weeks and enter this game eight points behind Chelsea. This isn’t a must-win game for Solskjaer, but victory would go a long way to helping strengthen his position during a worrying time.

These teams last met at the Etihad Stadium in March when Man Utd claimed a 2-0 victory against all expectations. Bruno Fernandes scored the opening goal in that match after just two minutes, scoring an early penalty before Luke Shaw made sure of the points early in the second half. When looking through the stats attached to this fixture, we note 2-0 has been the final score in three of the last four games, with at least one team failing to find the net in each of the last five.

Manchester United start the weekend down in fifth place in the Premier League following a dreadful run of form that saw them win only one of five games with three defeats included in that drought. For a club that finished second in the table last season and expected to be challenging for the title this term, that’s just not good enough. Fans know it, and there has been pressure on the board to sack Solskjaer while the campaign remains competitive and United still have an outside chance of battling for the crown. Will the board act? They look determined to back their manager, at least for the time being.

The home team suffered back-to-back defeats when going down to Leicester City and Liverpool, conceding no less than nine goals in those two games. The Foxes eased to a shock 4-2 win at the King Power Stadium last month in what was a bad day for Man Utd and their fans as that was a game they were expected to win. They then looked to get back on track with a home match against Liverpool, but things went from bad to worse. Jurgen Klopp’s side scored a stunning 5-0 win over United at Old Trafford to shock everyone in football. Very few saw that scoreline coming, including fans of Liverpool.

A trip to London came last time, and further punishment was expected for Man Utd, but they pulled off a surprise of their own when leaving with all three points. It was a welcome and long overdue return to winning ways, Man Utd claiming a 3-0 victory that day. In a game when they needed the big players to shine, Cristiano Ronaldo, Cavani and Rashford were all on the scoresheet. A crucial three points and big performance, but Man Utd must build on that and continue to pick up points.

BET ON MANCHESTER DERBY WITH $100 BONUS

Manchester City starts third in the table with 20 points on the board, five behind leaders Chelsea, and two points fewer than Liverpool. In this early kick-off at Old Trafford, Victory would shake things up, moving the champions above Liverpool into second and putting pressure on the leaders from London. This promises to be one of the most competitive seasons in living memory, with a strong case made for between four and six teams winning the trophy, Man City being favourites.

The visitors travel across the city with six wins and two draws against a pair of defeats, scoring 20 goals and conceding six. They have won three and drawn one of their last five games but were beaten in their most recent start, losing at home to Crystal Palace in what was the biggest upset of the weekend in English football. The Eagles are an improving side who are proving a match for any opponent on their day, and it was certainly their day last weekend.

Zaha scored inside six minutes to give Palace a lead before Laporte was sent off in stoppage time at the end of the first half. There was more misery as Gallagher added a second goal near the end. That defeat caught Man City fans off-guard, but they must get over it and bounce back at the earliest opportunity. A derby day win over Man Utd would be the perfect time to do that, and victory here would certainly help get the fans back on side, believing the club can defend their title.

As with most derbies in football, especially those played at the top level of the game, anything can happen. That’s why fans love them. Man Utd won the most recent Manchester Derby and could do with adding another three points to their tally after that poor run of form that saw them slip down the league. They are the home team, but the pressure is on Man Utd to get the win here.

Man City were poor last week, and fans won’t stand for another performance like that. They want to see their big-name players stand up and be counted when the club needs them. This is one match and three points, but there’s more at stake for Man City than the victory. They are playing for pride and a chance to ramp up the pressure on leaders Chelsea to see how they react.

Make sure to bet on Man Utd v Man City with 22Bet!