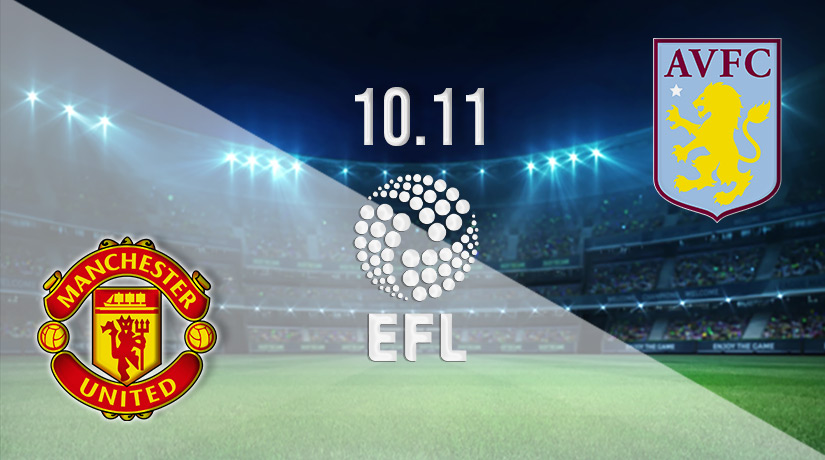 It is a quick turnover from Man United’s weekend 3-1 defeat away to Aston Villa to the EFL Cup clash at Old Trafford. The Third Round clash will allow Erik Ten Hag and his charges to put the hapless defeat in the Midlands behind them with a win over Unai Emery’s side on Thursday at 21:00 GMT.

United suffered in the 3-1 defeat against Aston Villa with a quick turnover from their final Europa League Group E clash away to Real Sociedad before travelling to Villa Park leaving them with little time to recover.

Their lethargic start to the game against Aston Villa arguably cost them as Unai Emery’s side took a commanding lead early on, leaving Man United to chase the game for the rest of the 90 minutes.

Squad depth issues are again expected to be an issue for Erik Ten Hag as he seeks to give his charges some recovery time with the expected heavy rotation for the EFL Cup fixture.

Unai Emery will look to retain his side’s feel-good factor going into the clash against Man United on Thursday. However, the Spanish tactician is expected to rotate his side, with the travel to Brighton in the Premier League coming on Sunday.

Given their energetic and vibrant performance against Man United last weekend, Emery will look to extend the new-manager bounce for Aston Villa into the next few games, especially with the World Cup break just around the corner.

Villans can expect a high-energy, high-tempo, and tactically astute performance from their side when they turn up at Old Trafford on Thursday evening.

Erik Ten Hag cannot call on French international Raphael Varane for the upcoming match. The 29-year-old has had a leg injury since October 22nd. England international Jadon Sancho is a doubt for Ten Hag as the winger is ill and has been out of contention since November 1st. Center-back Lisandro Martinez is also serving out a yellow card suspension, but he will be available for the journey to Fulham on Sunday.

Aston Villa’s injury list is much more extensive. Center-back Diego Carlos is out with an Achilles tendon rupture and midfield Boubacar Kamara is ruled out with a knee injury. Forward Philippe Coutinho and left-back Ludwig Augustinsson are both out with hamstring injuries.

Man United will be desperate to show that the heavy defeat at Villa Park was an anomaly. They will be motivated to get one over Aston Villa playing in front of the Old Trafford crowd. Although Ten Hag is expected to rotate the squad, he will expect his charges to maintain a high level of performance against Premier League opponents.

Unai Emery was brought in to improve Aston Villa’s performances and bolster their standing in the Premier League. Although the EFL Cup is not a priority for Unai Emery, there is an expectation that Villa have the quality to go deep into the competition. Therefore, they will choose a fairly strong team for the clash and will be competitive.

While Villa will be robust in their performance, Manchester United are expected to bounce straight back to winning ways. Although it will not be a high-scoring match, Man United will do enough to win the match and proceed to the fourth-round draw.

Make sure to bet on Man United vs Aston Villa with 22Bet!