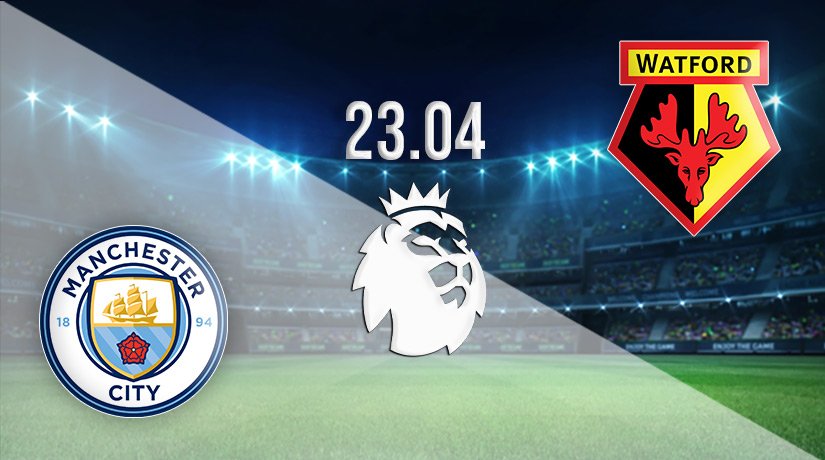 The Premier League title race looks set to go down to the final day of the season this term. Just one point separates Manchester City and Liverpool, and Pep Guardiola’s side will be able to stretch that advantage with a victory at the Etihad against Watford on Saturday.

Manchester City remain in the hunt for two trophies this season, and success in both the Premier League and Champions League would illustrate a famous season for the club. However, they face a battle in both competitions, as they will likely face competition from Liverpool on both fronts. City wouldn’t have been expecting to be in this close of a title race back in December as they were over ten points clear.

However, Liverpool’s excellent form means that the gap now stands at just one point. City have shaken under the pressure a few times in their previous five games, as they have been held to two draws in their previous four. However, there were no nerves on show in their recent fixture against Brighton & Hove Albion. All goals were scored in the second half, with Riyad Mahrez, Phil Foden and Bernardo Silva getting on the scoresheet.

Watford’s year-long stay in the Premier League already looks to be drawing to a close, as they find themselves seven points from safety with six games remaining. Their recent form has been extremely disappointing, as they have lost four of their last five, which includes defeats in their last three games in the English top-flight.

The last two games have been very damaging to their survival chances, as they were beaten at Vicarage Road by both Leeds United and Brentford. Both fixtures would have been ones Roy Hodgson would have been targeting maximum points in.

Manchester City are very strong in this fixture, as they have won their previous 14 matches against Watford in all competitions. During that period, they have recorded victories by eight, six and five goals. Their 6-0 win came in the FA Cup final in 2019. The fixture earlier in the campaign was won 3-1 by City.

This is a fixture that City get a lot of joy in, and it’s hard to see anything other than history repeating itself. Therefore, I expect the home side to record a comfortable victory, and it may be worthwhile siding with the City (-2) in the handicap market.

Make sure to bet on Manchester City vs Watford with 22Bet!