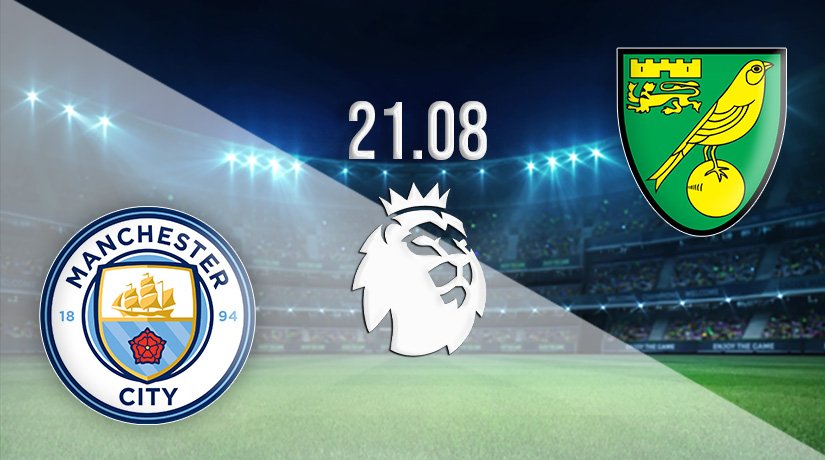 Manchester City go in search of their first Premier League win of the season when taking on Norwich City at the Etihad Stadium. With this being a rare Saturday 15:00 start for the home team, it means the only way to watch the action is to get yourself along to the stadium and take in the unique atmosphere of a full arena tense with expectation.

Pressure is on the home team to deliver the good after coming up short on the opening weekend of the campaign. Anything other than three points on Saturday would be a huge blow for the team’s confidence and would cause unrest in the stands. Will they claim the desired result, or can the Canaries cause an upset?

False start from the champions

Manchester City missed the opening game of the season last year, and they probably wish they did the same again this term. The champions spent most of the summer warring with Tottenham for the signature of star striker Harry Kane, but Spurs were smiling when claiming all three points on matchday one. A single goal from Son Heung-Min scored on 55 minutes won Tottenham the points, and no one watching the game would grudge them the victory.

Man City take more confidence from their last home match against Norwich when shooting down the Canaries with a stunning 5-0 victory last summer. There were four different scorers that day, and fans would love to see something similar in this match, although manager Pep Guardiola would be happy to claim the win by any means possible.

Canaries shot down on day one

Many Premier League pundits have Norwich picked to struggle this season, and they certainly started like a team destined to spend much of the campaign at the wrong end of the table. They opened with a home match against Liverpool and were soundly beaten by a former champion who looked good enough to challenge for the crown after putting last year’s problems behind them.

Norwich played well in that game, despite the defeat. They had 50% of the ball possession in the match and 14 shots at goal, but they put just three on target, which tells how the day went. They must improve their shooting if they are to stand any chance of getting even a point from this game.

The fixture list has been rather harsh on Norwich as they play Manchester City after taking on Liverpool. The Citizens lost to Spurs, but that should see them be more determined to win this game. Norwich’s defence looked fragile against the Reds, and we all know Man City have the firepower to make them pay. If the hosts are at their best, they should have enough to get off the mark.

The pre-match betting available at 22bet has Manchester City priced at 1.39 favourites for the win with Norwich City 13.5 and the draw 3.54.

Make sure to bet on Man City v Norwich with 22Bet!