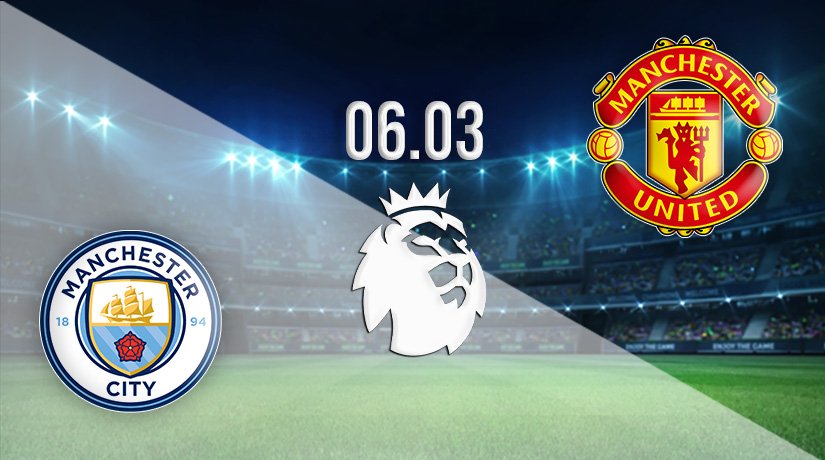 What a weekend of football we have ahead of us with some huge games on the schedule in Europe. They don’t come any bigger than the match that will be played in the English Premier League from 16:30 GMT on Sunday as followers prepare to enjoy the return of the Manchester Derby. Man City enjoys the home advantage at the Etihad Stadium where they’ll aim to strengthen their push for two league titles on the bounce when hosting neighbours and age-old rivals Man Utd. This clash will be played out in front of a full house with millions more watching the match live on TV.

The home team require a win to ensure they hold off the advances of nearest rivals Liverpool and take a step closer to retaining the league title they won at a canter last season. Then there’s the opponents who find themselves out of the title race but involved in a fight for fourth place and a spot in next season’s UEFA Champions League. That’s the aim for the Red Devils but they face competition from West Ham, Arsenal and Tottenham. With the Hammers finding form, there’s still much work to do on that front.

United lead the head to head score by 76 wins against the 56 of City with 53 derbies ending in a draw. The most recent clash took place in November of last year at Old Trafford, where Man City won 2-0 thanks to goals from Silva and a Bailly OG. Will they repeat that effort, or can United get their revenge?

Heading into the weekend and we find Pep Guardiola’s team are once again in control of the league, but their recent form has been below par by their lofty standards, and the pressure is mounting. The home side has failed to win two of their last five games, and that has left the door open for Liverpool to get back into the title race. Fans expected their club to be home and hosed by this stage, allowing them to concentrate on the Champions League, where they aim to go one better than last season when finishing as runners up. They may have been off the boil, but Man City remain the team to beat.

The locals suffered a surprise 3-2 defeat when last playing at the Etihad Stadium with that loss inflicted by Tottenham Hotspur. Spurs entered that match as the underdogs, a team good enough to put up a fight but with most pundits predicting they would lose by a couple of clear goals. That match didn’t follow the script, with Spurs grabbing the points while denting the hopes of their opponents. The Man City goals that day were scored by Gundogan and Mahrez, but the latter struck with 92 minutes on the clock.

Since that painful home defeat to Spurs, Man City have played once and won once. They took a maximum of three points away from Merseyside at the weekend when beating Everton 1-0. The Toffees have endured a tough season, but they made their opponents work hard for the points at Goodison Park. The winning goal was eventually scored by Foden inside the last few minutes of play. A return to winning ways, but the performance was far from convincing. A better show is required here.

Red Devils on an unbeaten run

Manchester United finished second in the Europa League and Premier League last season, and fans expected them to improve on that effort. The Red Devils were picked out as the main danger to Man City in terms of the league title this season, but they haven’t got anywhere near living up to that. The visitors started the week in fourth place, desperately trying to cling on to their spot in the top four while fighting off West Ham and the others who are intent on gatecrashing the party.

Man Utd is currently just three points behind third-place Chelsea, but the Blues do have two games in hand and should extend the gap. They journey across the city on the back of a decent unbeaten run that has seen them take two wins and three draws from their last five contests. They enjoy a two-point cushion over the Hammers in fifth, which means there is no room for error in the coming weeks. The away dressing room knows they must get at least a point from this game.

United followed back to back wins with a draw in their most recent contest, dropping two points at home to Watford. That was a match they were expected to win, given the Hornets have been poor for most of this campaign, but the United attack failed to turn their chances into goals. It was a frustrating afternoon, and the players know they simply must perform better here. Failure to do so could see them suffer a heavy and embarrassing defeat at the hands of their rivals.

Manchester City is the team that is sitting on top of the league with the home advantage. They hold all the aces here, but we’ve seen in the past that this fixture rarely follows the form. The locals will be cheered on by a capacity crowd with pressure from the stands on the players to secure the win and boost their chances of retaining the trophy.

Man Utd arrives without pressure. They know it’s all on their opponents to win the match if they are to keep Liverpool at arm’s length, and that could play to United’s advantage. They come here intent on causing an upset and taking at least a point from the play.

The pre-match betting odds available to 22bet members has Man City trading at 1.344 to win the game, or you can back Man Utd at 8.8 for three points. The draw is 5.1. There’s also a wide range of specials, including both teams to score, first goalscorer and handicap.

Make sure to bet on Man City v Man Utd with 22Bet!