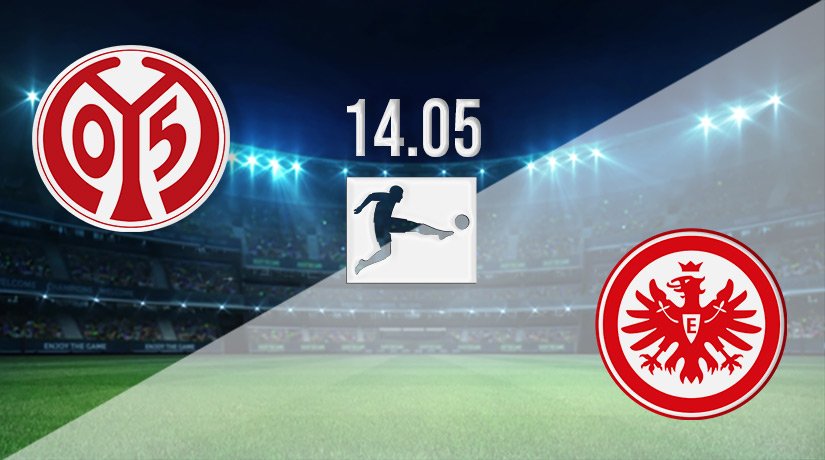 There will be a derby on the final day of the season in the Bundesliga on Saturday, as Eintracht Frankfurt and Mainz clash. Both sides are fighting for nothing more than bragging rights, while the visitors may have one eye on the upcoming Europa League final.

The curtain comes down on the 2021-22 Bundesliga season this weekend, and one of the standout fixtures will see Eintracht Frankfurt take on Mainz. The visitors will be gearing up for the Europa League final at the end of the month, but have been in very disappointing form domestically over their previous five.

Frankfurt haven’t won in their previous five games, and have lost three times during that period. However, the season could still end in the ultimate success of winning the Europa League and earning qualification to the Champions League group stages. Frankfurt picked up a draw in their last fixture, as they played out a 1-1 draw against Borussia Monchengladbach.

The equalising goal in that game was scored by Goncalo Paciencia just after the hour mark. They will be very keen to bring their domestic season to a close on a high note.

Mainz will be looking for victory over their rivals this weekend to achieve an eighth-place finish in the Bundesliga this season. That would illustrate a very solid season for the club, as they were stuck fighting against relegation throughout the previous campaign.

Their recent form has been very good, as they have picked up victories in each of their previous two fixtures. Mainz picked up a victory in their previous fixture against Hertha Berlin, as they claimed a 2-1 victory. The winning goal was scored in the 81st minute by Stefan Bell. Silvan Widmer scored the other goal in the game for Mainz.

Frankfurt have a very good recent record against their local rivals. They are unbeaten in their previous three, and have won twice during that period. Frankfurt picked up a win in the previous meeting this season, as they won 1-0 in December.

Frankfurt may make a number of changes to their starting eleven this weekend, as their attention swiftly turns towards the Europa League final in a couple of weeks. Therefore, we wouldn’t be surprised to see Mainz take the victory on the final day of the season.

Make sure to bet on Mainz vs Eintracht Frankfurt with 22Bet!