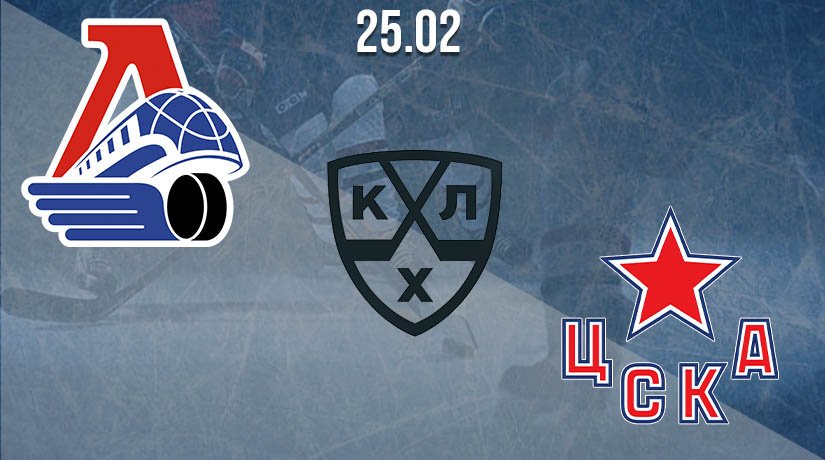 On February 25, Lokomotiv will host a match against CSKA. Since November 2020, Lokomotiv has not lost at the home arena. Will CSKA be able to interrupt this series? Let’s find out.

Lokomotiv continues its pursuit of Moscow Dynamo, trying to move the capital club from the West’s third position. The team played well in the last matches, having won four victories in a row in regulation timed .

After a successful visit to Severstal (3-2), Andrey Skabelka’s squad dealt with Dinamo Riga (5-1), SKA (2-1) and Torpedo (4-1) on their ice. The team approaches the match against the conference leader without two injured forwards – Pavel Kudryavtsev and Yegor Averin.

After a pause, the Moscow army team showed fifty percent productivity. Having won over Vityaz (3-1), CSKA allowed itself losses in home games against Traktor (1-2) and Dynamo Riga (1-4). These defeats shook up Igor Nikitin’s team, which on February 23 in class beat Severstal (3-0). In this game, the guests cannot count on injured forward Mario Kempe and defender Dmitry Samorukov.

On their home ice, Lokomotiv allows little. Most likely, Lokomotiv will resort to wait-and-see tactics, counting on reliable defence. CSKA did not score more than two goals in the last three away games, operating in economy mode. In our opinion, the match in Yaroslavl will be low scoring.

We suggest betting on a total under 4.5.