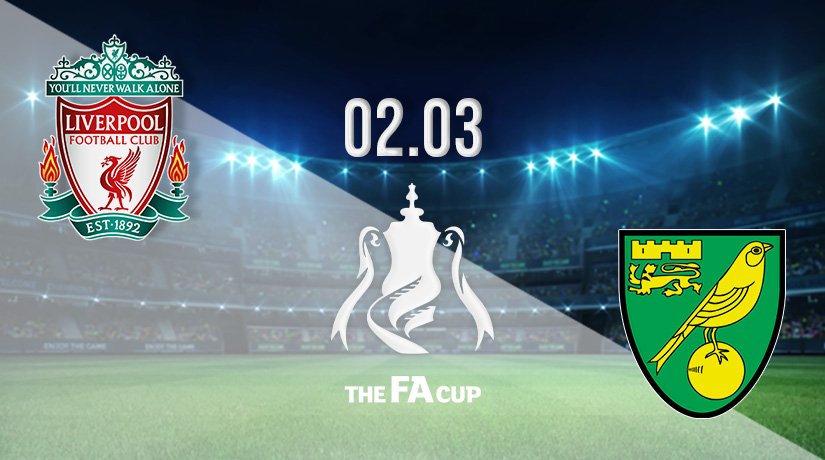 Jurgen Klopp’s long wait to pick up a victory in a domestic cup competition in England finally came to an end with victory in the League Cup final against Chelsea. He will be looking to maintain their hopes of winning all four major trophies this season with a victory over Norwich City in the FA Cup fifth round.

Liverpool would have built confidence with their victory in the League Cup final against Chelsea at the weekend. Klopp will be hoping that the victory will be hugely beneficial for his side, as they continue to fight on three fronts in the second half of the campaign.

Liverpool needed a penalty shootout to see off Chelsea at Wembley at the weekend. They may have considered themselves slightly fortunate to have won the cup, as Chelsea spurned many of the clear chances in the game. In the FA Cup this season, Liverpool have played both previous ties at Anfield.

They easily beat Shrewsbury Town in the third round, before beating Championship side Cardiff City in the fourth round. Harvey Elliott and Diogo Jota were both on target in the previous round of the competition.

For the third round running, Norwich City will be on the road in the FA Cup this season. While their main target will be staying in the Premier League this term, they have produced some excellent displays on the road in the cup competition.

Their best performance came in the last round, as they managed to beat Wolverhampton Wanderers 1-0 away from home. The only goal for Norwich was scored by Kenny McLean on the stroke of half time. However, the Canaries have been knocked out of the competition at the fifth round stage in four of the previous five seasons.

Liverpool have already beaten Norwich three times in all competitions this season. The last meeting between the sides in the FA Cup came in the 1989-90 season, as the Reds won a replay in the fourth round after goals from John Barnes and Peter Beardsley.

It’s hard to look past Liverpool winning this tie given the dominant record that they have over the Canaries. It could be a big win for the Reds at Anfield on Wednesday, and we could see them picking up a 4-0 victory.

Make sure to bet on Liverpool vs Norwich City with 22Bet!