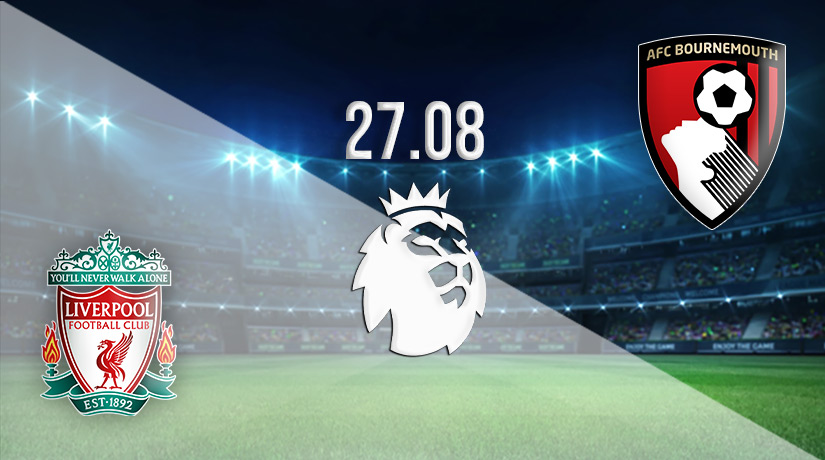 Liverpool will be licking their wounds after their abysmal performance at Old Trafford resulting in their 2-1 defeat at the hands of Manchester United. The Reds will be looking to get their first win of the season when they host newly promoted Bournemouth at Anfield on Saturday at 15:00 GMT.

Can Liverpool Get their First Win of the Season?

After a winless start to the season, and collecting just two points from the available nine, Jurgen Klopp will be looking to lead his side to their first win in the league this season.

The gaffer will be looking forward to getting some of his side-lined first-team players back ahead of this clash. He will also seek to bolster his side’s energy levels and intensity, which were lacking in their lackluster performance at Old Trafford.

Liverpool will also look to bolster their defensive showing ahead of this game; this is especially important after they conceded five goals in their opening three matches in the league.

Can Bournemouth Get Back to Winning Ways in the League?

After they started the season impressively with a 2-0 win against Aston Villa, Bournemouth have found life difficult as the big fixtures have come thick and fast. Losses to Manchester City and Arsenal have followed, and their next league outing is at Anfield against Liverpool on Saturday.

Scott Parker will be looking for a robust performance characterized by intensity, resilience, and hard running.

Facing Liverpool at Anfield will be a physically tasking affair, and the manager will be looking to ensure that his charges are in the right frame of mind and display the right mentality on Saturday.

Keeping Liverpool out will be important and will offer the basis upon which Bournemouth can build a result at Anfield.

The Reds have had a nightmare start to their season; they have collected just two points out of the nine available to them.

They opened the season with an exciting but costly 2-2 draw away to Craven Cottage against newly promoted Fulham. Although they came back twice to claim a point, the two dropped were uncharacteristic of the Reds.

In their second match, Klopp’s side could only draw 1-1, after they went a goal down in the 32nd minute scored by Wilfred Zaha. Their task was made hard after new striker Darwin Nunez was sent off in the 57th minute.

At Old Trafford on Monday, Liverpool were second best to a rejuvenated Manchester United side, and deservedly lost 2-1.

The Reds will be looking to get their first win of the season and sustain good form as they look to get their campaign back on track.

Scott Parker’s side opened the season with an impressive 2-0 win over Aston Villa. This gave them three precious points that they will need as they look to remain in the premier league.

However, their next fixtures took them to the home of the champions, where they lost 4-0; they also faced a rejuvenated Arsenal and lost 3-0 at home.

Bournemouth will be looking to do better in their match against a top-six team, Liverpool, on Saturday.

Scott Parker will prioritize compactness at Anfield, as he will look to frustrate the reds and exploit spaces in-behind on the counterattack.

The 30-year-old Egyptian international is Liverpool’s talisman. This is especially crucial after the exit of Mane to Bayern Munich this summer.

The forward has scored 2 goals in the premier league already while also netting in the Community Shield win over Manchester City, and he will be crucial to Klopp’s men as they look to get their first win of the season at the fourth time of asking.

His pace in the attacking third will be crucial for Liverpool, even as they integrate new signing Darwin Nunez and as Diaz steps up his performances. His goal-scoring is borderline peerless in the league and will be instrumental to Liverpool as they seek to get their season back on track.

With one goal in three appearances for Bournemouth this season, the 30-year-old has begun life in the premier league as he means to proceed. He will be crucial for Bournemouth’s bid to survive in the league this season.

His work rate, pressing, tireless running, and link-up play with other players in the attacking third give Bournemouth a different dimension to their play, and thus helps them to break down opponents.

Moore will be important on Saturday as Bournemouth will be starved of possession and will mainly rely on counter-attacks to pose a threat to the Liverpool defense.

Liverpool will dominate the ball, and territory, and will apply a high-tempo and high-intensity match to pin Bournemouth in their half for large swathes of the match.

Bournemouth will mainly seek to be compact and minimize the chances the reds will create. They will seek to use verticality in their attacks with quick counter-attacks.

Liverpool are favorites to finally win a match in the league this season and take all three points.

Make sure to bet on Liverpool vs Bournemouth with 22Bet!