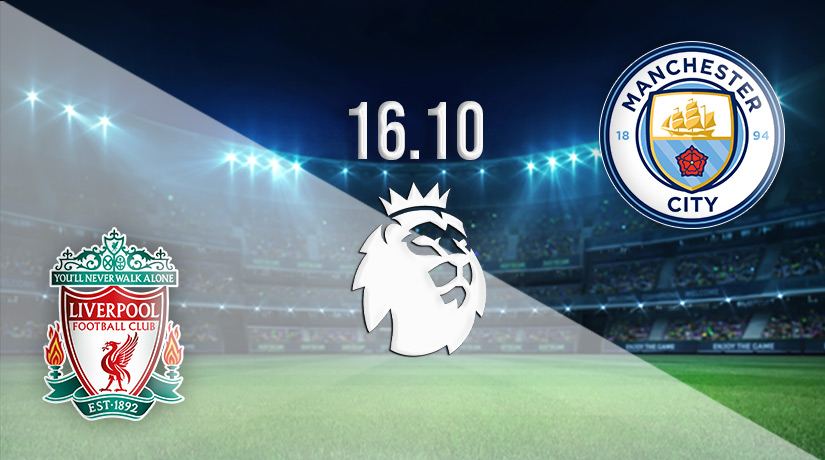 We had our fill of European cuisine in midweek when UEFA served up another delicious round of fixtures from the Champions League. We return to our bread and butter in time for the weekend, but this is no ordinary bread and butter. This is the English Premier League. The greatest, most-watched club football competition on the planet. And on Sunday, we have a meeting of two giants of the game as Liverpool host Manchester City at Anfield.

These teams finished second and first last season, with Liverpool falling short despite a gallant effort in the closing stages. Since the Christmas break of 2021, the Reds have been on an impressive winning run but haven’t started this season anywhere near as well as they did the previous. That means the pressure is on the home team, and, despite what Liverpool reminded us of last season – never writing a team off before it’s too late – Jurgen Klopp’s men already face an uphill battle.

Will Liverpool catapult themselves back into contention by claiming a home win over the champions? Perhaps you fancy Man City to add another three points to their tally and improve their chances of making it three titles on the bounce. The result of this match won’t decide the league winner, but it will give us a strong indication of just how good Man City are and if their opponents stand any chance of challenging for the top prize.

The English Premier League is now nine games old and beginning to take shape as the strongest teams fight their way to the front of the queue while the strugglers drop down through the pecking order and towards the danger zone. Despite being a little over two months old, this EPL season has thrown up plenty of surprises, including Man Utd spending the first two weeks in and around the relegation zone following a dreadful start.

Despite seeing many of their rivals for the title settle into the winning groove early, Liverpool fans haven’t enjoyed as much success in the opening rounds. Heading into game week, we find the Reds down in 10th without a league win in their last three outings. Last season’s runners-up have taken just two points from the last nine available to them with back-to-back draws followed by another painful defeat last weekend, going down to Arsenal.

Since drawing 0-0 with Everton here in the Merseyside Derby, Liverpool has been less than convincing, losing 4-1 in Italy against Napoli, beating Ajax 2-1 at home, ending all square with Brighton following a six-goal thriller, beating Rangers 2-0 on Merseyside and losing 3-2 in London at the weekend. The Gunners are playing well this season and added another three points by the odd goal in five scored that day.

Manchester City won their second Premier League title in a row last season and are out to make it a historic three-not-out. Pep Guardiola’s men have dominated English football in recent times, barring a surprise league win for Liverpool in 2020 during a COVID-affected season when many of the matches were played behind closed doors. The visitors come here to turn the screw and show their dominance over their main rivals.

The visitors started the week sitting second in the division, with their stats for the season so far showing seven wins and two draws against no defeats, with 33 goals scored and nine conceded. That is quite remarkable from the champions, finding the net on average over 3.5 times in every game. They are a side full of confidence and will be rubbing their hands with glee at the prospect of facing an already nervy Liverpool defence that has been leaking goals for fun of late. Liverpool must improve as they are up against an attack that has scored more and defence that has conceded fewer goals. The signs are encouraging for the travelling support.

The visitors have won four and drawn one of their last five games and were seen beating Southampton 4-0 at the Etihad Stadium last Saturday. They were favourites to show why they’re champions by winning, and the players did a great job in that respect, collecting all three points while scoring four goals and keeping a clean sheet. Haaland added another to his already impressive tally, and he’s looking like a great shout for the top goalscorer prize. That’s if there’s any value left around following his blistering start.

Liverpool is the home team for this game, but it will need everyone in the stands to lend their backing in this game. The match comes at the wrong time for Liverpool, with the visitors on red-hot form while the hosts haven’t had too much to shout about in recent weeks. But there’s all to play for here, and we expect the locals to show they remain a contender for the title.

Man City are flying. They are scoring lots of goals, keeping clean sheets and are well-positioned to hit the top spot in the league when the time is right. Arsenal holds the lead at present, but waiting in the wings is nothing new to Man City, and they will aim to keep winning, placing pressure on the Gunners before striking when the time is right. We hope this lives up to the pre-match hype and gives armchair fans watching on TV a treat. If both Man City and Liverpool are at their best, this has the potential to be an early-season thriller.

The pre-match betting odds offered by 22bet has Liverpool priced at 3.7 for the win, while you can get odds of 1.864 about Manchester City claiming victory. The draw is there at 4.04 if you can’t split the sides. There are also many interesting specials around, including both teams to score, handicap and totals. There’s something for everyone on the site, with odds available pre-match and in-play.

Make sure to bet on Liverpool v Man City with 22Bet!