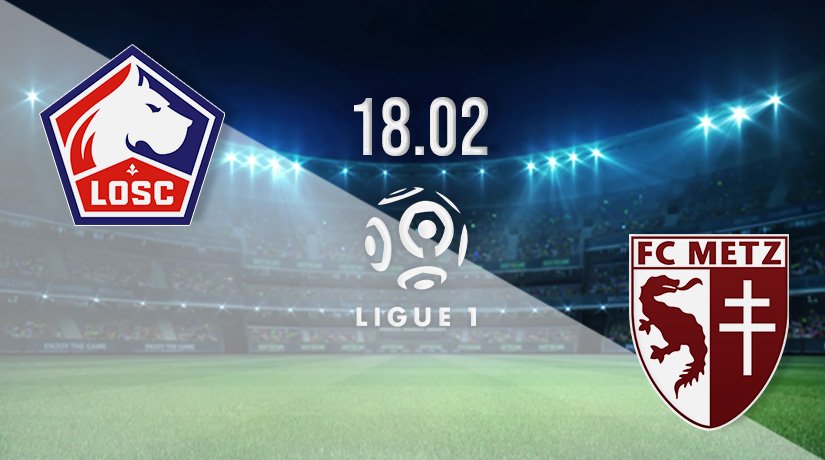 Last season’s French champions are in league action on Friday evening, as they look for back-to-back wins. Their opponents are Metz, who have failed to win their last three games in France.

It had been a slow start to the Ligue 1 season for the defending champions, but Lille have quickly moved into a solid position in the French top-flight. A third win in five games this weekend will lift them up to fifth in the standings before many of the other sides in France have kicked off this weekend.

A European finish is well within Lille’s grasps in the second half of the campaign, and they will be hoping of making it back-to-back wins against the struggling Metz. Lille have won two of their previous four games in Ligue 1, but have still suffered two defeats during that run of fixtures. Those two defeats have come in their previous three fixtures in Ligue 1.

Lille bounced back from their big defeat against PSG last weekend, as they narrowly edged past Montpellier with a 1-0 success. Xeka was the hero in the fixture for Lille, as the star scored 13 minutes from time.

Metz may be sitting in the relegation places at present, but they still have every chance of survival in Ligue 1 this term. The French side are currently in 19th in the standings, but are just one point away from 17th-placed Lorient. A victory on Friday could see them rise up the standings to 16th.

However, wins have been in short supply this season, as they have recorded the joint-fewest wins in Ligue 1. Metz have won just once in their previous five games, and have lost two of their previous three games in the French top-flight. They were beaten at home last weekend by Marseille, as they went down to a 2-1 defeat.

Lille vs Metz Head to Head

Lille have a strong record in this fixture, as they have gone six without defeat against Metz. They have recorded four wins during this run of fixtures. However, the previous meeting between the sides was a 3-3 draw earlier in the campaign.

Lille’s record in this fixture and their strong recent form means that they are a difficult side to bet against this weekend. We expect the French champions to take maximum points at home against Metz.

Make sure to bet on Lille vs Metz with 22Bet!