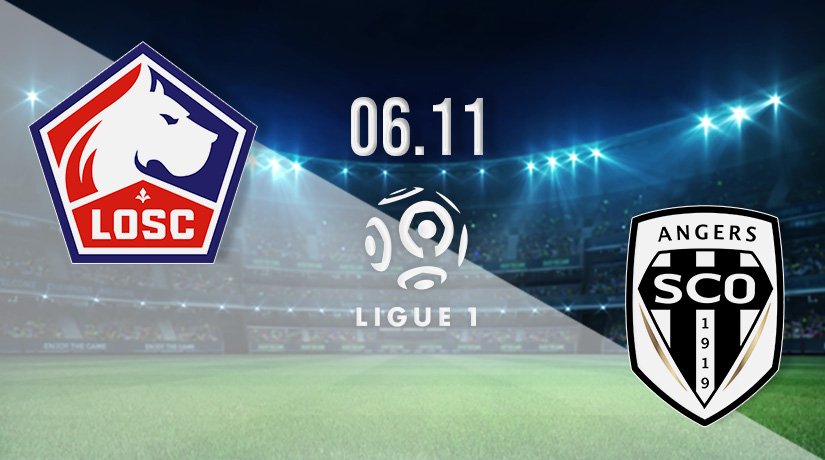 It has been a struggle in Ligue 1 for the reigning French champions so far this season, as they sit down in 12th. They face one of the surprise packages in France so far this season on Saturday, as Angers look to end a three-match wait for a win.

Lille shocked Europe by winning Ligue 1 last season, but a repeat of that looks near impossible this season. They are down in the bottom half of the standings coming into the 13th matchday, and will be keen to get back into contention for the European spots with a run of victories.

There may not be much hope of that given the form that they find themselves in, as they have gone three without a win in France. During that run, they have lost on two occasions, which includes defeat in their most recent fixtures against PSG.

The top two from last season played out an entertaining fixture, but Lille would have felt that they were on course for maximum points. They took the lead after half an hour as Jonathan David opened the scoring. However, PSG produced a late show to steal the points.

Angers enjoyed a very strong start to the new season, as they sat in the European places for a number of weeks. However, their recent form has sent them sliding down the league standings. One win in five means that they come into this game on the road in eighth.

The travelling side were beaten for the second time in three games last weekend, as they lost on the road against Nice. They also fell victim to switching off late in the game, as Nice sealed the win in the first minute of injury time. Like Lille, they also led for the majority of the game, as Sofiane Boufal had put Angers ahead after half an hour.

Lille vs Angers Head to Head

Both Lille and Angers come into this fixture in slow form, which means it will be hard to predict a winner. However, both sides have been involved in high-scoring fixtures over recent weeks, which means the over 2.5 goals selection may be the way to go.

Make sure to bet on Lille vs Angers with 22Bet!