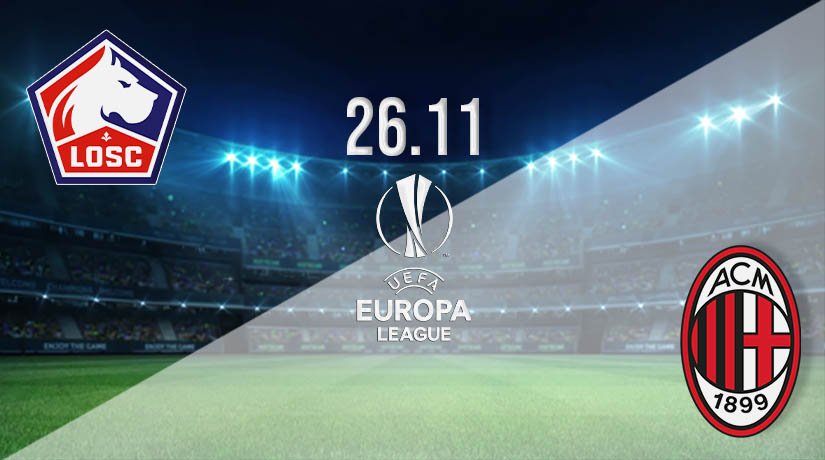 The teams at the top of Group H in the Europa League will meet this weekend, as AC Milan look to avenge the only defeat that they have suffered in any competition on the road against Lille.

The winners in this fixture will take a huge step towards the next round of the Europa League. Lille will have the upperhand in this fixture, as they are the current group leaders. The French side have won two from three so far in Europe this season, which includes a win against AC Milan. They have conceded just three goals, which is the best defensive record in this group so far. They have also scored the most goals in Group H, as no side has scored more than the nine recorded by Lille. A win for Lille in this fixture would open up a four-point lead at the top of the group. Lille will take confidence from the commanding 3-0 win that they recorded at the San Siro in their last Europa League game. Yusuf Yazici scored all three goals in that victory, and will once again be the man that Milan will need to control.

AC Milan remain one of the favourites to win the Europa League this season, but they still face a fight to get through this group. Defeat in this fixture could see Sparta Prague go level on points with them at the top of the group. Milan started the Europa League with two routine wins against Sparta Prague and Celtic, and they will need to match that performance level to get the important win in this fixture against Lille. However, the Italian giants will need to play much better than they did in the previous meeting between these sides.

AC Milan will be assessing the fitness of Zlatan Ibrahimovic before this fixture after he limped off in Milan’s win over Napoli. Meanwhile, Rafael Leao will be missing for Milan. Zeki Celik and Renato Sanches will be unavailable for selection for the French side in this Europa League fixture.

This is a tricky fixture to call, as both teams have the players to win this fixture. However, we expect Milan to get revenge for the defeat that they suffered against the same opponents last time out.

Make sure to bet on Lille vs AC Milan with 22Bet!