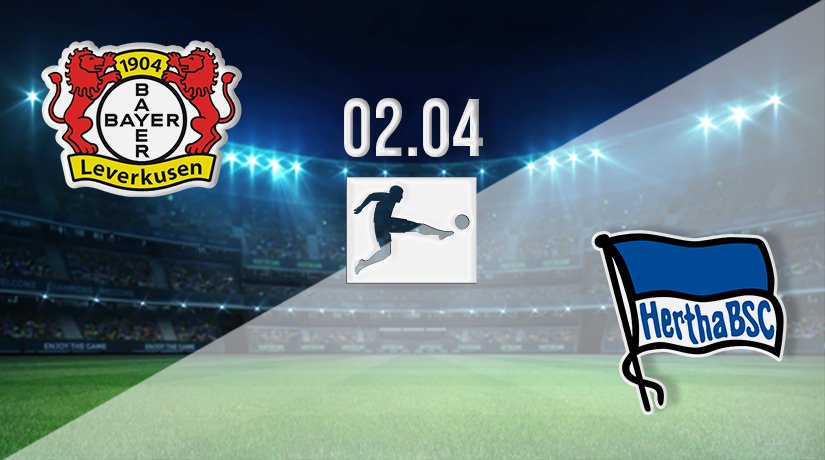 Bayer Leverkusen will be aiming to finish in the top four of the Bundesliga standings this season, but will face a big game this weekend as they come up against relegation-threatened Hertha Berlin.

Bayer Leverkusen have their fate in their own hands in the Bundesliga this season, as they come into this fixture sitting third in the standings. They have a decent three-point advantage over Freiburg coming into this last quarter of the season. However, a third-place finish looks the best that they can hope for this term, as they are a distant nine points behind Borussia Dortmund.

Leverkusen have been consistent enough in recent weeks to maintain their advantage in the race for a Champions League place, as they have picked up two wins from their previous four games. During that time, they have been beaten on just one occasion.

They bounced back from that defeat with a victory before the international break against Wolfsburg. Paulinho was the late hero in that fixture, as he scored twice in the final four minutes of the game to seal the points.

Hertha Berlin could yet be condemned to the drop this season, as they face a huge final month or so of the season. They currently are sitting in the relegation playoff spot in the Bundesliga, as they sit 16th overall. They could move up to 14th in the standings this weekend with a victory though.

However, they could also drop into the automatic relegation spot should results go against them. Hertha ended a four-game losing run before the international break, which would have given them some much-needed confidence. The rare win in the second half of the season was recorded against Hoffenheim, with Niklas Stark, Ishak Belfodil and Lucas Tousart scoring in the 3-0 win.

Hertha holds the advantage in the recent meetings between the sides, as they come into this fixture unbeaten in the five previous fixtures. The visitors this weekend have won three times during that run, while the meeting earlier in the season was the second draw during the same period.

The recent record does highlight that Hertha have experienced success in this fixture. On the basis of that, we will give them the benefit of the doubt to take a point from this fixture and ease their relegation worries slightly.

Make sure to bet on Bayer Leverkusen vs Hertha Berlin with 22Bet!