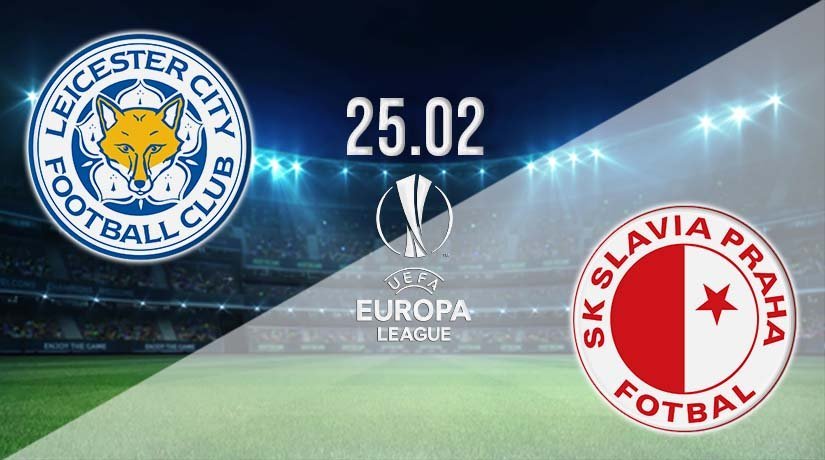 Leicester City will be aware that there is still a job to be done in the second leg of their Europa League clash with Slavia Prague in midweek. The Premier League side will be hoping to get the win that they need to progress.

Brendan Rodgers will be only too aware that there is still work to be done by his side in the Europa League on Thursday, as his side could only play out a 0-0 draw in the first leg against Slavia Prague. In truth, neither side would have been too disappointed with that result last week, as it means that both sides are still in with a good chances of progressing through to the next round. Leicester will be aware that a win or a score draw will be enough to take them through, but the Foxes aren’t exactly a side that know how to play any other way except to win games of football. Rodgers may be tempted to make a couple of changes from the team that beat Aston Villa last weekend, and Jamie Vardy could be one of the players given a rest with an eye on Arsenal on Sunday.

Slavia Prague will also be hoping that the 0-0 draw that they managed to pick up last week keeps them in with a chance of a shock passage through to the next round. Slavia will be aware that a score draw will put them out, which means that they will need to attack the Foxes regardless on Thursday to stand any chance of reaching the next round of the competition. It could be a potential banana skin for Leicester on Thursday, and Slavia will certainly have a game plan to get through to the next round.

Slavia will have a number of injury problems to contend with for this game on Thursday, as three players will be missing for the trip. Libor Kozak, Adam Hlozek and Lukas Stetina are stars that will be missing for the travelling side. James Maddison will be unlikely to make it after limping off at the weekend for the Foxes, while Wesley Fofana, Dennis Praet and James Justin remain out.

This could be an uncomfortable night for Leicester at the King Power on Thursday. However, they should have more than enough to make it through to the next round of the competition.

Make sure to bet on Leicester City vs Slavia Prague with 22Bet!