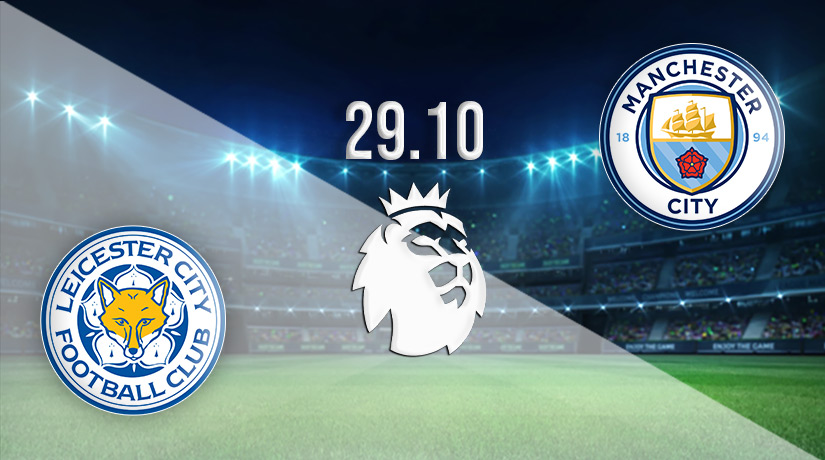 Leicester will be looking to continue with their revival and climb further away from the bottom three in the Premier League when they welcome reigning champions Manchester City to the King Power Stadium on Saturday at 12:30 GMT.

Man City will be looking to provisionally leapfrog Arsenal to the top of the table with a win over the Foxes, with the Gunners not playing until Sunday afternoon.

Can Leicester Extend their Unbeaten Run in the League to Four Matches?

Brendan Rodgers’ charges have moved from the basement of the log and currently sit 17th on the table, a point behind 16th-placed Southampton.

The Foxes will be looking to continue this revival when they face Manchester City on Saturday lunchtime. The focus of Rodgers’ men will be to give a performance filled with intensity, energy, hard running, and dynamism.

Prioritizing the defensive structure will be important for Leicester as they come up against a Man City side that have plundered a league-high 36 goals in 11 matches this term.

Collective defending and a compact midfield will be required to bolster Leicester’s chances of taking something from this clash.

Can Man City Provisionally Leapfrog Arsenal to the Top of the Premier League?

Pep Guardiola’s Man City will look to make it two consecutive triumphs in the league as they look to reel in league leaders Arsenal. Man City, who are two points behind the Gunners, can leapfrog the North London side to the top of the log with a win at the King Power Stadium on Saturday.

Guardiola will focus on his side’s performance as he looks to bounce back from the 0-0 draw at Dortmund on Tuesday. His emphasis will be on the tempo of the match, the passing rhythm, and the energy in the player’s running and movement.

Man City are expected to dominate the ball and dictate the tempo of the match. Guardiola will guard against their vulnerability to counter-attacks.

Leicester’s start to the season has been wretched. The Foxes have won three times, drawn twice, and lost a whopping seven matches, in their opening 12 fixtures in the league.

Rodgers’ men have scored 21 goals and conceded 24 goals on their way to collecting 11 points from the available 36. This run of form highlights their defensive woos; they have conceded 24 goals, which is more than the current bottom three.

In their last five matches, Leicester have won four times, lost once, and drawn once. They have collected 10 points and dropped five. This highlights a positive turn in form ahead of the clash with Man City.

The unbeaten start to the season by Man City came to an end when they visited Liverpool, with this mega clash ending in a 1-0 triumph for the home side. Man City bounced back to winning ways with an impressive 3-1 win at home to Brighton last week.

Pep Guardiola will be looking to extend his side’s good run of form as they look to overhaul league leaders Arsenal ahead of the midseason break for the World Cup in November.

In their last five outings, Guardiola’s charges have won four times and lost once; they have hauled 12 points and dropped three in the process.

Maddison has been in brilliant form for Leicester; he has scored six goals and grabbed two assists in the 11 appearances for the Foxes.

The playmaker’s form has been totemic of Leicester’s resurgence in recent matches has they look to climb further away from the drop zone.

His tenacity, work rate, and hard-running characteristics are effectively combined with his play-making and goal-scoring abilities.

Maddison will be important for Leicester if they are to trouble Man City.

With his 17 goals in 11 appearances for Man City, Haaland is the talisman for Guardiola’s side.

His goals and presence will be central to City’s ability to open up the Leicester defence up and create opportunities.

Leicester will focus on compactness and solidity to deny Man City any space. They will be aggressive off the mall and brave on the ball.

Man City will be dominant on the ball and will dictate the tempo of the match.

Man City will have too much for Leicester and will win the three points.

Make sure to bet on Leicester vs Man City with 22Bet!