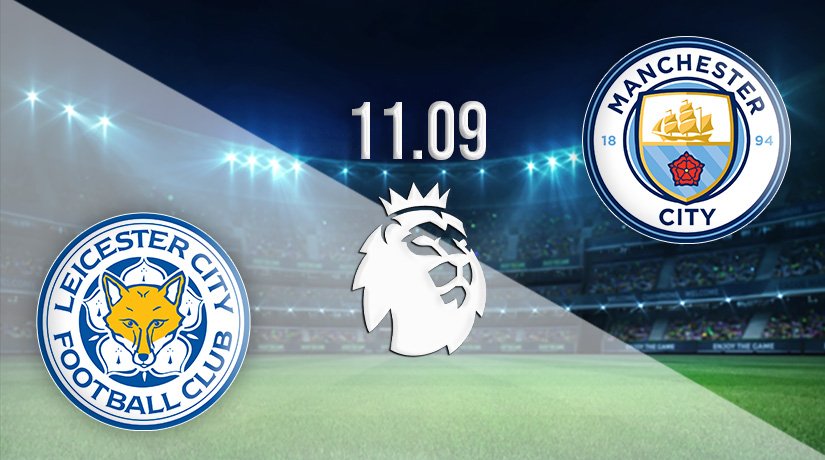 Club football returns this weekend following the break enforced by international action. The English Premier League moves into round four with fixtures spread across Saturday, Sunday and Monday. There’s a Saturday 15:00 kick-off that has everyone talking as top-four hopefuls Leicester City welcome defending champions and title favourites Manchester City to the King Power Stadium.

The Foxes have missed out on a top-four finish and inclusion in UEFA’s elite competition in each of the last two seasons. They have held their own with the front runners before dropping off the pace in the closing stages. Manager Brendan Rodgers will be hoping his men can find the consistency needed to go all the way to the finish line this season. Man City won the league at a canter last season, and many football experts expect them to do something similar this term. Will they make it two in a row?

Saturday will be the second time the Foxes and Cityzens have met this summer after crossing swords in the Community Shield last month. Leicester were surprise but deserving winners of that match, grabbing victory at Wembley by a 1-0 scoreline thanks to a goal from Kelechi Iheanacho. The winning goal that day was scored from the penalty spot with 89 minutes on the clock. Will this be repeat or revenge?

Leicester off to a good start

Leicester City hit the ground running this season, taking six of the first nine points available to them. The Foxes can be found in ninth place but are within touching distance of the prizes, with Chelsea and the top four just a point better off heading into the weekend. The locals have won two games and lost one, scoring four goals in those opening three matches of the season but conceding five. A win here would see them climb the table but beating Man City is easier said than done.

Leicester opened with a hard-fought 1-0 win over Wolverhampton Wanderers at the King Power Stadium last month. Wolves proved to be a determined opponent despite losing their manager to Tottenham in the summer, but the Foxes found the quality to grind out a result. The winning goal was scored by Jamie Vardy just before the interval, with Mr Reliable turning one point into three for his team. He has been a fantastic servant to the club, and there’s still plenty of life in the attacker.

That win was followed by defeat in their first away day of the campaign, beaten 4-1 at the London Stadium by an exciting West Ham United. Perez was sent off with 40 minutes on the clock, and the Hammers took full advantage, pulling clear in the second half. The locals were last seen beating Norwich 2-1 on the road, with Vardy and Albrighton scoring to defeat the Canaries, who replied through Pukki. Another big performance from Leicester, but there’s still improvement to come.

Manchester City won the league title at a canter last season, wrestling the crown back from Liverpool at the first time of asking. The Cityzens are favourites to build on that and make it four league wins in five seasons, and many expert pundits also have the champions of England picked to win the Champions League. A big season lies ahead for the club and their manager Pep Guardiola as fans and the board demand they go one better than the last term and win the league and the Champions League. They were beaten in the UEFA final by Chelsea last season but have spent big in the transfer window since.

Despite those high expectations, Man City stumbled out of the blocks and lost their first match of the season. They went to London to play Tottenham, a game they were expected to win but left empty-handed with the home team winning 1-0. Son Heung-Min got the winning goal, striking on 55 minutes to get the Spurs revolution off to a winning start. It was a shock defeat for Pep but one the club were able to respond to. Man City bounced back to win each of their next two, moving to seventh in the league.

Since losing to Tottenham, the visitors have played two and won two, scoring ten goals and keeping a couple of clean sheets. The fightback began with a stunning 5-0 home win over Norwich City, and they followed that with a 5-0 at the Etihad Stadium against Arsenal. The Gunners have endured a woeful opening few weeks, and Man City had no issues piling on the pressure. It was a real show of strength, and fans hope the team have found their feet.

These teams have the same number of points on the board, and their form is identical, with two wins and a defeat. Leicester holds the home advantage and will aim to make it count but appreciate the size of the challenge ahead. To stand any chance of defeating the champions, every player will have to be at their best. We’ll get a good idea of what to expect from Leicester this season after this match.

Man City may have slipped up on matchday one, but they have bounced back in stunning fashion, hammering Norwich and Arsenal 5-0. The champions are firing again, and taking three points from the King Power would show they are serious about defending the trophy. Fans will want to see the kings of English football hitting full speed in this match.

There’s little between these teams in the recent head-to-head stats, with the last four meetings producing two wins for Leicester and a couple for Man City. Three of the last four has seen only one team find the net, and that’s a stat that may interest those who like to follow the trends when making their predictions.

The pre-match betting odds available at 22bet has Leicester City priced at 6.2 for the win, with Man City trading at 1.512 and the draw 4.32.

Make sure to bet on Leicester v Man City with 22Bet!