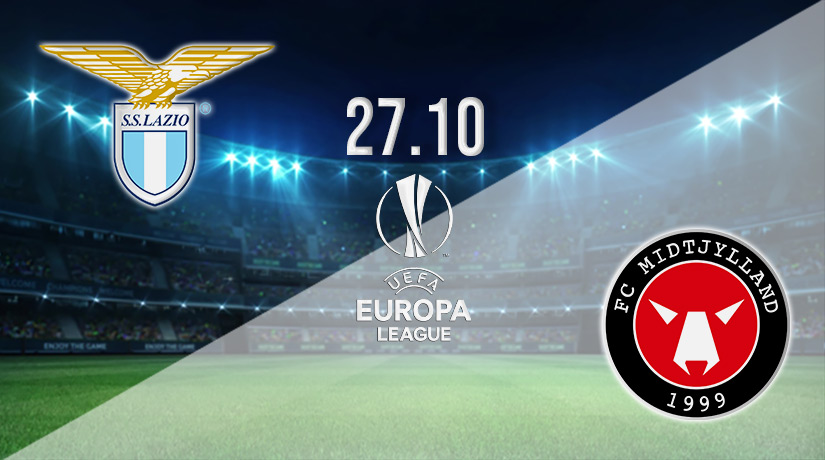 One of the closest Europa League groups this season comes in the form of Group F. All four teams are locked on five points, which means that this showdown between Midtjylland and Lazio could be crucial in deciding which two teams progress through to the next round.

Group F is a Europa League group that could still swing in any direction, which means every fixture between now and the end of play could be crucial in determining the sides that make it through to the knockout rounds. Two of the teams that will be expecting to mount a serious challenge are Lazio and Midtjylland.

The Italian side will have home advantage for this fixture on Thursday, and they will be looking to end a two-game run of draws. Lazio has picked up five points from the four games that they have played, as they have won just once in Group F to this point. Lazio played out a very entertaining 2-2 draw in their most recent fixture against Sturm Graz. However, they would have been kicking themselves not to have picked up maximum points, as they went ahead twice through goals from Ciro Immobile and Pedro.

Midtjylland currently sits in one of the top two positions in the Group F standings, but they will be aware that there is still a very long way to go before they can get excited about a knockout fixture. The Danish side has also won just once in four games in the group, while they have scored nine goals and allowed six.

Like Lazio, they were also held to a draw in their previous fixture, as they played out a 2-2 draw against Feyenoord. That could yet prove to be a very crucial point, as Erik Sviatchenko scored the equalising goal with half an hour remaining.

Lazio vs Midtjylland Head to Head

Lazio were well beaten in the previous meeting between the sides on matchday two, losing 5-1 in Denmark. That was their first defeat against the Danish side. This is the third time that Midtjylland will play away from home against an Italian side. They played out a draw against Atalanta on their previous visit in 2020.

The pressure will be on the Italian side to get the victory in this fixture on Thursday. However, Midtjylland has been very reliable in fixtures throughout the competition to this point, and we could see them playing out a draw in Italy.

Make sure to bet on Lazio vs Midtjylland with 22Bet!