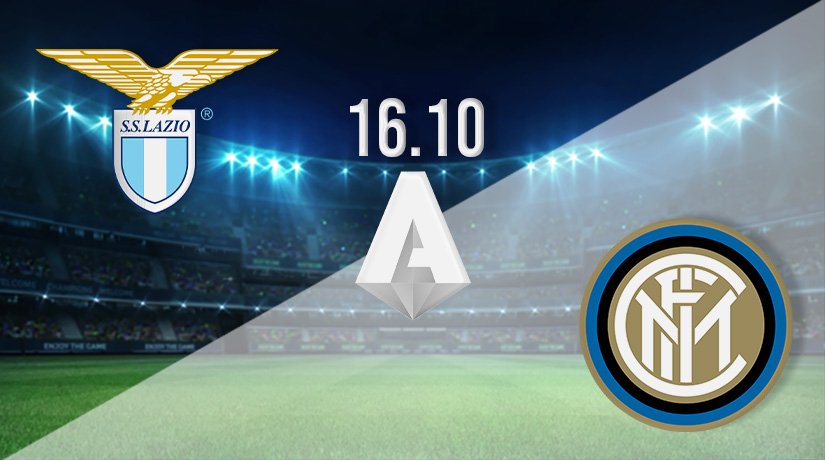 Italian football is back on our screens following the international break with Serie A week eight played this weekend. There’s plenty for followers to enjoy with a selection of big matches scheduled to be shown live on television.

The competition enjoys a global audience and with some of the best players in the game on show and another competitive campaign expected, that global popularity is no surprise. Lazio welcome Inter Milan on Saturday from 17:00 GMT, and armchair fans can expect an entertaining match with the possibility of a few goals to cheer.

Lazio has been written off by many respected pundits to challenge for the title this season but they do look capable of challenging for the European places. Fans will hold high hopes of bagging a top-four finish and return to the UEFA Champions League, but to give themselves the best chance of achieving that, they must make their home stadium a fortress once again.

A win over a major player like Inter Milan would do wonders for team confidence, but that’s easier said than done, considering the visitors’ talents.

Lazio and Inter Milan have served up some memorable matches over the years and are certainly no strangers to meeting in important games. The most recent ended in a 3-1 win for Inter Milan in February of this year on a day when Romelu Lukaku scored a double and Lautaro Martinez knocked in the spare.

Lazio failed to beat Inter in two attempts last term and haven’t scored a win over them since February 2020. Will that drought continue?

Lazio enter the weekend sitting in sixth place which gives them a solid foundation on which to build but the home team have lacked the consistency needed to challenge the top names in the division. Their stats for the season so far show three wins against two draws and a couple of defeats, scoring 15 goals but conceding 12.

They started well but one win in their last five is a concern for everyone at the club, two wins and two draws making up that poor run of form. Fans will want to see them hit the ground running on their return from international duty.

That spare win came at this venue late last month when edging Roma by the odd goal in five. It was a thrilling contest for the fans and neutrals watching the match on TV with Lazio nicking a 3-2 victory but there was much for the coaching staff to mull over as the defence leaked another two goals and looked fragile at the back throughout the match.

A strong attack helped drag them through to claim the win. Goals from Savic, Pedro and Felipe Anderson won the day with Lazio leading 3-1 before Roma netted a late penalty to keep things interesting at the end.

A 2-0 home win over Lokomotiv Moscow in the Europa League followed but Lazio were beaten on the road by Bologna in their opening match of October. That defeat came in the form of a surprise 3-0 on a day when Lazio finished the match with 10 men after Acerbi was sent off with 76 minutes on the clock.

Goals from Barrow, Theate and Hickey gave Bologna the points and Lazio must learn the lessons from that defeat as all eyes will be on them to see how the players react.

Inter are the league’s top scorers

Inter Milan sit third in Serie A and are one of only three teams in the league yet to suffer a defeat this term. Their stats for the campaign show five wins and two draws with 22 goals scored and eight conceded.

Those numbers show Inter are the division’s highest scorers and they also have one of the best defences at this time. It’s exciting times for fans who hope to see that exciting attack drive them to success in Serie A and Europe next year.

The hosts have 17 points on the board which means they are four off the early pace set by Napoli and two behind derby rivals AC Milan in second place. Their last three outings have returned two wins and a draw and Inter are already five points clear of Fiorentina in fifth place which means a top-four finish is already looking like the least fans can expect from this season but they’ll have their hearts set on a title push.

Inter entered the international break on the back of a confidence-boosting win when beating Sassuolo 2-1 away from home. The final score in that match was a little closer than many followers of Italian football had expected but Milan got the win they were after and bagged the points, keeping their title charge on track.

The beaten team took the lead that day, breaking the deadlock on 22 minutes and it took Inter until the 58th minute for Dzeko to get them level before Martinez fired home a winner from the penalty spot to complete what was a stunning turnaround in a gripping contest.

Lazio have nothing to fear in this match as they know the threat posed by their opponents but also know if they perform at their best they will be good enough to take at least a point from this game.

The locals aren’t always at their best though and it’ll be interesting to see how they deal with Inter in the opening exchanges.

Milan are flying at the minute, scoring lots of goals and protecting an unbeaten record. They come to town intent on taking the three points and keeping pace with the early leaders.

If they can keep up their impressive goal scoring ways they should nick the points in what could be a high scoring affair.

Make sure to bet on Lazio v Inter Milan with 22Bet!