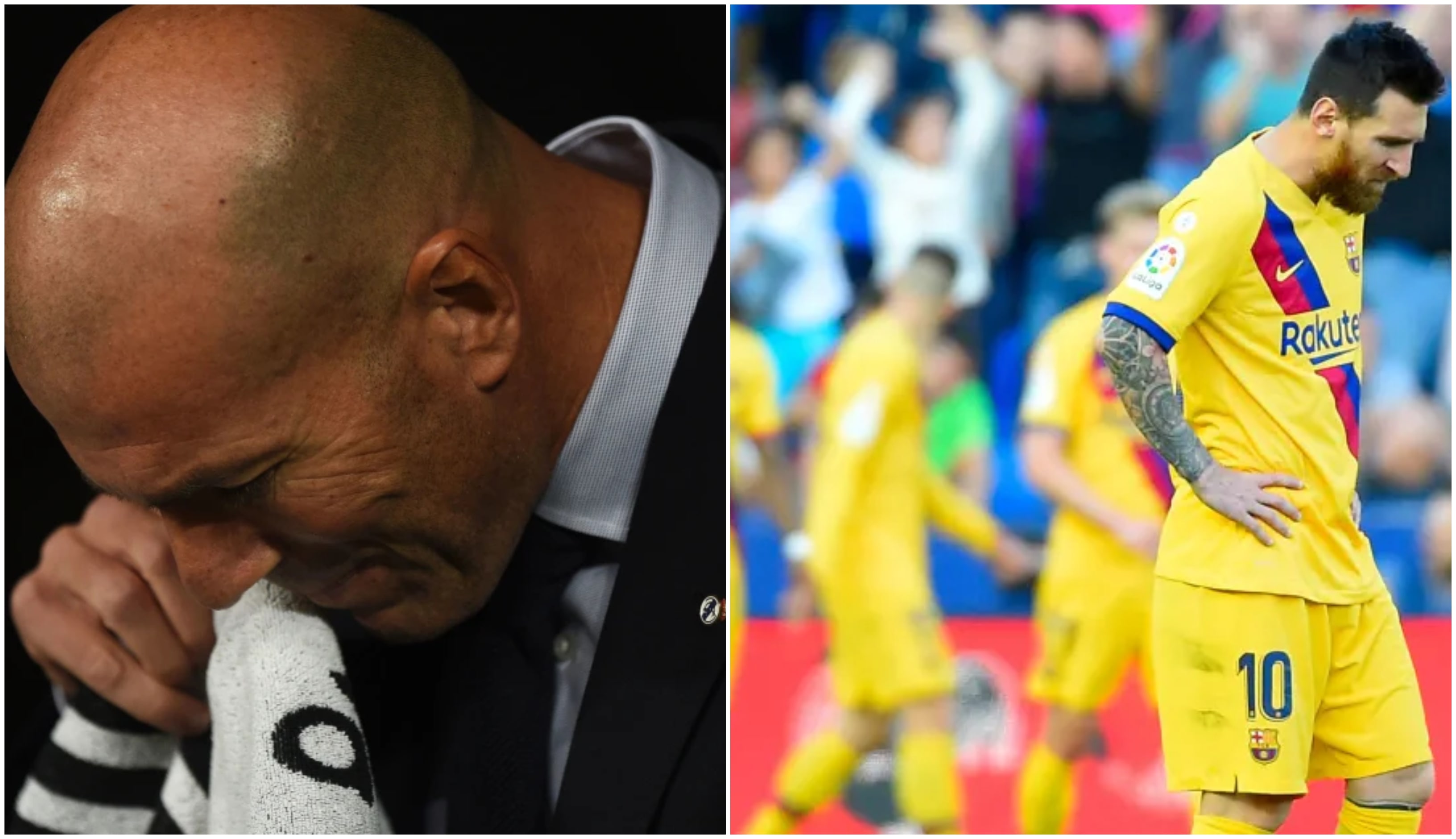 The top flight in Spain has been constantly difficult to call so far this season, and this weekend would be another one to add to the weekend of missed opportunities for three of the top four.

The pressure on Ernesto Valverde continued to rise on Saturday afternoon as the current La Liga champions were beaten away from home for the third time this season. The visitors went ahead after 40 minutes when Lionel Messi fired his penalty into the Levante goal. However, the second half was all about the hosts. Jose Campana equalised for Levante, before Borja Mayoral and Nemanja Radoja added further goals.

Real Madrid couldn’t capitalise on the defeat for Barcelona as they were held to a goalless draw at home against Real Betis. It was a subdued performance from the home side and they very rarely threatened to take the lead. The best chance of the game fell to Karim Benzema, but he fired his effort way over the bar.

Real’s cross-city rivals also failed to close the gap on Barcelona as they were forced to settled for a point against Sevilla. The hosts went ahead in the 30th minute through Franco Vazquez. However, Atletico struck back with 30 minutes remaining as Alvaro Morata found the back of the net. The visitors searched for the winner in the closing stages, but couldn’t truly test the Sevilla goalkeeper.

The early season shock leaders of La Liga were beaten on Sunday afternoon by Real Sociedad. Christian Portu scored a brace in the victory, with his winner coming in the final minute of normal time. The hosts had pulled level in the game through Alvaro Vadillo, but their defeat saw them end the weekend outside of the top four.