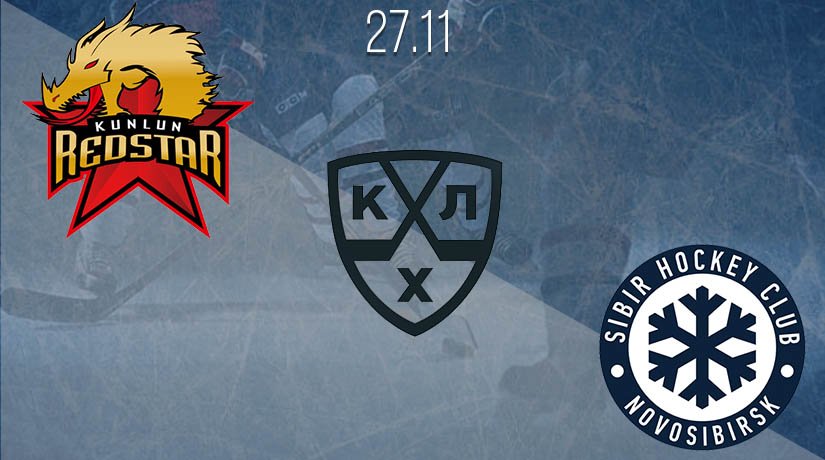 In the second and last match of Friday’s schedule of the Kontinental Hockey League regular championship, Beijing Kunlun Red Star in Mytishchi will play with Novosibirsk Sibir.

The Chinese club has already sunk to the very bottom of the KHL, just 1 point ahead of the worst team, Dinamo Riga. The current defeat series of the Kunlun has already reached nine matches in a row. The main problem of Alexei Kovalev’s team is playing in defence. In the current home series, Kunlun Red Star has already lost to Ak Bars (2-5), Dinamo Riga (4-5 OT) and Amur (2-4).

The Siberians are beginning to establish themselves in the East’s playoff zone, having already climbed to seventh place in the standings, gradually getting even closer to Metallurg Magnitogorsk. The team’s first signs of progress were visible a month ago, but now they seem to have reached their peak. Sibir finished the last home series with victories over Metallurg (3-2) and Torpedo (3-1), and then defeated CSKA (5-1) and Dinamo Riga (3-2).

Alexey Kovalev cannot fix the defensive play of his team. If something starts to work out, the Chinese squad makes life difficult for themselves with unnecessary penalties—however, Kunlun plays quite well in the offence. So, in Mytishchi, you can expect another fun match with a scoring extravaganza. Our prediction is a match total of 5 goals or more.