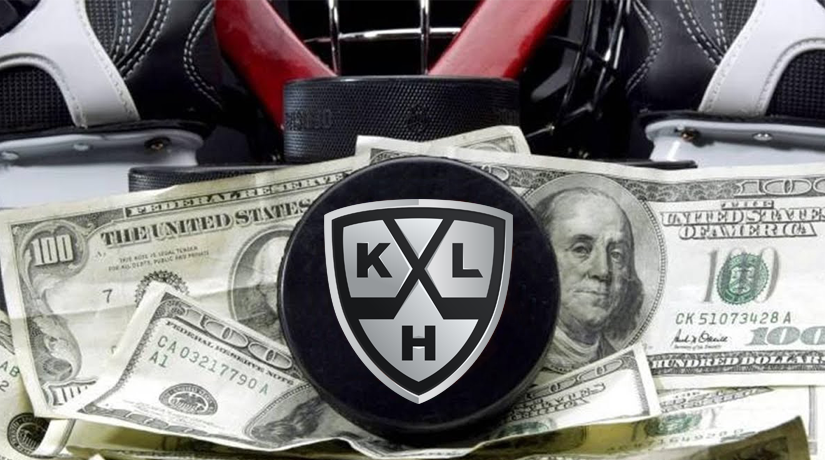 The KHL has published a plan for introducing changes to the salary fund for hockey players, which will be effective from season 2020/21.

The “hard” salary cap will be 900 million rubles (approximately 13 million Euro). It will be the budget for all hockey players who are in the roster of the primary team of the club and among those sent to the farm club team.

2) Individual bonuses, compensation – in an amount exceeding 20% of the player’s salary.

3) Team bonuses – in an amount exceeding 20% of the salary of all team players.

4) The hockey player’s benefits from acquiring real and movable property for the player by the club, in-kind income to the hockey player and his close relatives (travel, accommodation, educational services, etc.).

1) Individual bonuses, compensation of expenses – in an amount not exceeding 20% of the player’s salary.

2) Team bonuses – in an amount not exceeding 20% of the salary of all team players.

3) Team awards for 1st-4th places following the results of the second stage of the KHL championship.

4) Individual bonuses for getting into the top three players in the league.

6) Hockey player’s income while being in the list of injured with a date of recovery not earlier than May 1.

How will it be controlled?

1) If the violations were found, the teams wouldn’t be allowed to start the championship before the excess is eliminated.

2) New players joining during the KHL championship – if the violations take place, new players won’t be able to participate if the team is exceeding the salary cap. Any excess must be eliminated.

In case the violations are found, the following sanctions will be applied to clubs:

1) The first violation is a penalty fine of 50% of the difference between actual expenses and the approved gender.

2) A consistent second – a penalty fine of 100% of the difference between actual costs and the actual floor.

3) The sequential third is the club’s non-admission to the KHL championship.