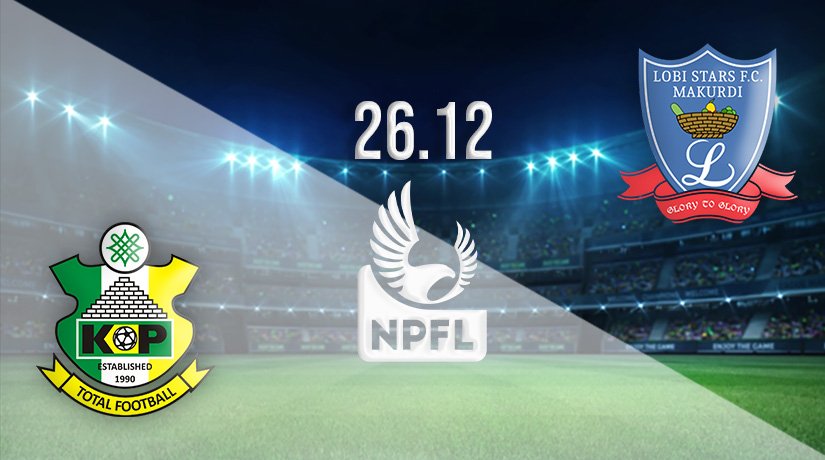 Kano Pillars and Lobi Stars, the two teams that finished in the top half of the NPFL table and six points between each other, lock horns on Sunday as the Nigerian league kicks off its second round of fixtures at 16:00 GMT.

How will Kano Pillars Approach the Match against a Tough Top-half side?

Kano Pillars will be the favourites going into this match by virtue of their superior finish last season on the table.

There is even talk that they will be looking to assault the top of the table this season against the established favourites of Enyimba and the Champions Akwa United.

But they will be aware of the threat posed by Lobi Stars, and the fact that they are a top-half club playing their first away match of the season.

Can Lobi Stars Lay down an Early Marker for this Season by beating one of the Top Teams in the League?

Lobi Stars will be looking to upset Kano Pillars early on in the season and lay down a marker of their aspirations this season.

Having finished 8th, Lobi Stars will be looking to improve on this ranking by winning some of the high profile matches, such as the one against Kano Pillars.

Eddy Dombraye’s side have the quality and discipline to execute a tactical plan to frustrate Kano Pillars and take something out of the match.

Towards the end of last season, Kano Pillars won three matches and lost three. This was a run of fixtures that cost the team considerably give they finished just seven points behind champions Akwa United, and just two points behind second-placed Enyimba.

The pre-season matches have been stop-start for Kano Pillars, which underscores the importance of the match against Lobi Stars on Sunday as a marker for the early-season form for Kano Pillars.

Lobi Stars won only two matches out of the last five in the tail-end of last season. However, they only lost one to Rivers United (3-1); including the 2-1 defeat of eventual champions Akwa United. The remaining matches were draws at home to Enyimba and away at Plateau United.

This run of fixtures shows the resilience and fight in the Lobi Stars team, which can stand them in good stead going into the new season, and as they prepare to take on Kano Pillars on Sunday.

Ahmed Garba’s side have all its players available for selection in the early part of the season. This means the manager will be able to put out his strongest side in the first home fixture of the season.

Eddy Dombraye will have available the full complement of the Lobi Stars squad heading into this important clash on Sunday. The availability of all the strongest players means that Lobi Stars will have a fighting chance away at Kano Pillars.

Rabiu Ali plundered 14 goals from midfield in 38 matches across the 2020/21 season. His knack for goals will again be an important asset for Kano Pillars as they seek to break teams down.

His playmaking and approach play make him a threat for all opponents, which gives Kano Pillars a different dynamic in their hopes to disrupt the top teams in the NPFL this season.

Martins scored 11 goals in 26 appearances in the 2020/21 season. He was a crucial cog in the Lobi Stars attacking approach.

With his pace, runs in behind, and goals, Martins will once again take centre stage for Lobi Stars this season. He will be central for Lobi Stars in the match against Kano Pillars.

Kano Pillars will be vulnerable to the counter attack given they can overcommit sometimes.

Kano Pillars have the quality and experience within their ranks to win this match and make it a good start to their home form by taking all three points.

Make sure to bet on Kano Pillars vs Lobi Stars  with 22Bet!