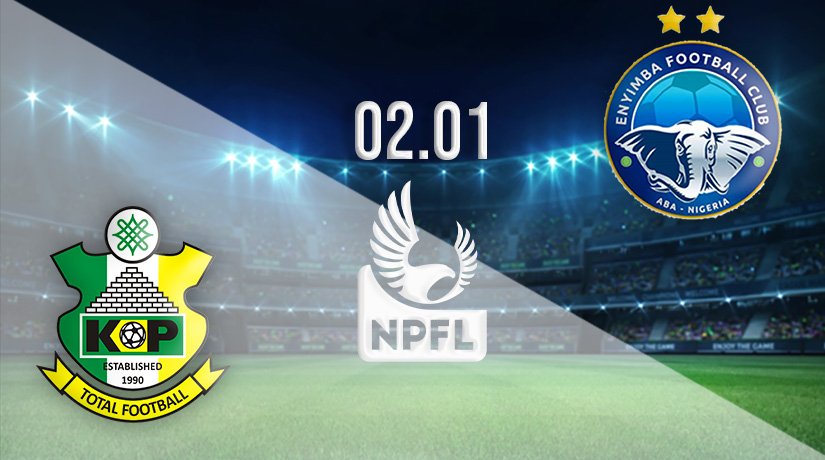 After a 100% start to the season in the first two rounds of NPFL fixtures, Enyimba will be looking to continue their fine early form when they travel to face Kano Pillars on Sunday at 16:00 GMT.

Having won two matches out of two so far this season, Enyimba have started like a side on a mission. After missing out on the title last season, Finidi George’s side look to make amends this season.

Enyimba will need to keep their early good form going to make a robust play for the title, especially with defending champions, Akwa United, slipping to a draw in their second match of the season.

Can Kano Pillars Kick-start Their Season by Beating the Early Title Favorites?

Kano Pillars has not had a good start to the season if the first two matches of the season are anything to go by.

Given they were eliminated from the CAF Confederations Cup as well, they face a pressing need to start winning this season, and the biggest opportunity comes when they face the early favorites for the title Enyimba.

They started with a heavy 3-0 defeat to the defending champions Akwa United. They followed up this result with a 0-0 stalemate at home to Lobi Stars in their second match of the NPFL season.

In the CAF Confederation Cup preliminary stage, Kano Pillars were hammered 3-1 by Jaraaf away from home, and could only manage a 0-0 result at home, which meant they were eliminated 3-1 on aggregate.

Their form is not inspiring at the moment, and they need to start recording victories in the league.

Enyimba have had a cracking start to the 2021-to-22 season. Finidi George’s side have won the first two matches of the NPFL season by a combined 3-1 score line. Enyimba have kept one clean sheet, scored three goals, and conceded a single goal in the league.

In the CAF Confederations Cup, Enyimba progressed from the preliminary stage by defeating Diambars 4-0 over two legs, including a 3-0 home win.

In the CAF Confederations play-off, Enyimba hold a first-leg 2-0 lead against Al-Ittihad.

The Kano Pillars camp has been given a clean bill of health ahead of the showdown with Enyimba.

This will come as a boost as the Pillars will need all the strength they can get to stand a chance against the early favorites and BPFL pacesetters.

Finidi George has his full squad available to him after the first two rounds of fixtures. After the impressive start, George will be looking to make his squad happy through rotation and ensuring that everyone in the squad feels involved.

He will need the entire squad to challenge for the NPFL title.

Kano Pillars attack mostly down the wings, which pronounces the importance of Mustapha Salisu to their overall play and potency going forward.

His trickery, pace, crossing, and finishing are crucial tools that have been leveraged by Kano Pillars time and again before, This season, Kano Pillars will especially lean heavily on Salisu to produce the goods in their NPFL campaign.

Salisu will be crucial in the match against Enyimba, and the fans will have massive expectations of the 21-year-old’s potential in a Kano Pillars; shirt.

Victor Mbaoma has been instrumental in Enyimba’s fine start to the season. With his goals, selfless running, and hold-up play, Mbaoma is a key piece of Enyimba’s puzzle this season.

He will be crucial for the league favorites when they face Kano Pillars. This is especially the case because Enyimba have not found their prolific dynamic in the league yet. Therefore, the clinical Mbaoma can be decisive.

Enyimba will look to maintain their fine form into the season when they face Kano Pillars. The focus will be on dominating possession, territory, and forcing Kano Pillars to play deep and make mistakes. Expect Kano to be compact and solid in their approach, with quick counter-attacks down the wide areas. Enyimba will have too much for Kano Pillars, and Finidi George’s men will claim all 3 points.

Make sure to bet on Kano Pillars vs Enyimba  with 22Bet!