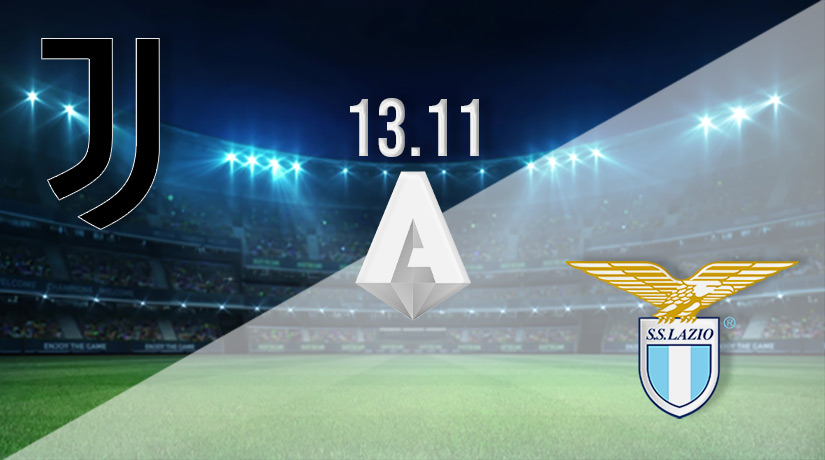 What a weekend we have in store if you are a football lover from Europe’s top competitions. The Italian Serie A throws up some mouth-watering fixtures with armchair fans ready to dive in and gorge on the delights. There are a few games that will battle for your attention, but the one that caught our eye sees a resurgent Juventus taking on a Lazio side that could prove to be the dark horse of this campaign. The visitors have been impressive so far and can be found in the title mix, but there are some big challenges coming their way.

Lazio’s start has been good, but they aren’t the first team to open a campaign strongly. Holding their position and finding the consistency needed to pull clear of the chasing pack – just like leaders Napoli has done – is a bigger challenge. Does this Lazio side have what it takes to mix it with the top four, secure a place in next season’s Champions League, and trouble the major teams in Italy? That remains to be seen, but we’ll get a better idea of what to expect from Lazio after this match. If they win at Juventus, the team’s critics will be forced to take them seriously.

Juventus and Lazio last met at this venue in May of this year when the pair played out a thrilling four-goal draw. That was near the end of the season, and there wasn’t too much for either team to aim for at that stage, but it shows these teams are capable of scoring goals and putting on a show. Juventus scored exactly two goals in their last two games against Lazio, winning 2-0 on the road last year before playing out that draw. Will we see another goal-fest? Let’s investigate.

Juve wins four on the bounce

Juventus dominated Italian football for the best part of a decade, but things haven’t gone to plan for the former European champions over the last few seasons. Since the departure of Cristiano Ronaldo to Manchester United – a reunion that hasn’t worked out too well for either party – Juventus have fallen from grace. They went from being the team no one in Italy wanted to face, especially at home, to a side that looks fragile and nervous every time they are under attack. The Juve of today is unpredictable, and not in a good way.

The home team kicked off the week sitting fifth in the table, and they are already 10 points off the pace set by Napoli. That just isn’t good enough for a side with Juve’s standards and expectations. Supporters allowed themselves to become spoiled during that decade-long reign, and most are struggling now the team has returned to earth with a bump. They want to see their beloved team back on top and firing. A title win may be a bridge too far, but there’s still plenty of football to be played, and a home win over Lazio would change the landscape. This is a winnable match for the locals, who will know it.

Juventus enter with their tails up after winning each of their last four games following another victory last weekend. They have now claimed a dozen points from their last four games, and that has had a positive impact on their stats for the campaign. The hosts have won seven, drawn four, and lost two games at this stage, scoring 20 goals while conceding seven. They have the best defence in the competition, leaking three goals less than Napoli, but the league leaders have scored 12 more, and that’s the main difference.

Lazio is fast becoming one of the most interesting sides in Italy this season, after Napoli, of course. The team from Naples has sprinted clear of their followers in both the Serie A and Champions League, even hammering EPL side Liverpool on matchday one in Group A. Lazio is unlikely to cover the ground needed to challenge the league leaders. Still, there’s no reason why they can’t secure a top-four finish while making any champion work for their prize. This has the potential to be a great season for Lazio, one of the best fans have seen in recent years.

The visitors started the week in third with their season stats showing eight wins, three draws, and two defeats, scoring 25 goals and conceding eight. Like their opponents, Lazio is another team with a water-tight defence, and much of their success comes from having a solid backline. They aren’t too shabby in attack either, and if Lazio can maintain their form this season, they will have a real shot at finishing on the podium. Something fans wouldn’t have imagined just a few weeks ago. Things are going well, but we know they can unravel quickly at this level.

Lazio enters this match, having won three, drawn one, and lost one game in their last five. They did claim all three points last week when beating Roma 1-0 on the road. That fixture showcased everything good about this Lazio side. They remained tight away from home, absorbing their opponent’s attacks and then taking the chance that fell their way. It was an impressive showing, as sometimes it’s important to win ugly and snatch three points when a draw looks likely. Will we see more of the same here? Keeping Juve off won’t be as easy, that’s for sure.

What a game we have in store here, and the stats suggest this will have something for everyone. Some of the best players on the planet are involved for Juventus and Lazio. The teams are in great recent form and fancy their chances of nailing another win. The teams have such impressive defensive records, so this could be a battle of wits and skill.

Make sure to bet on Juventus v Lazio with 22Bet!