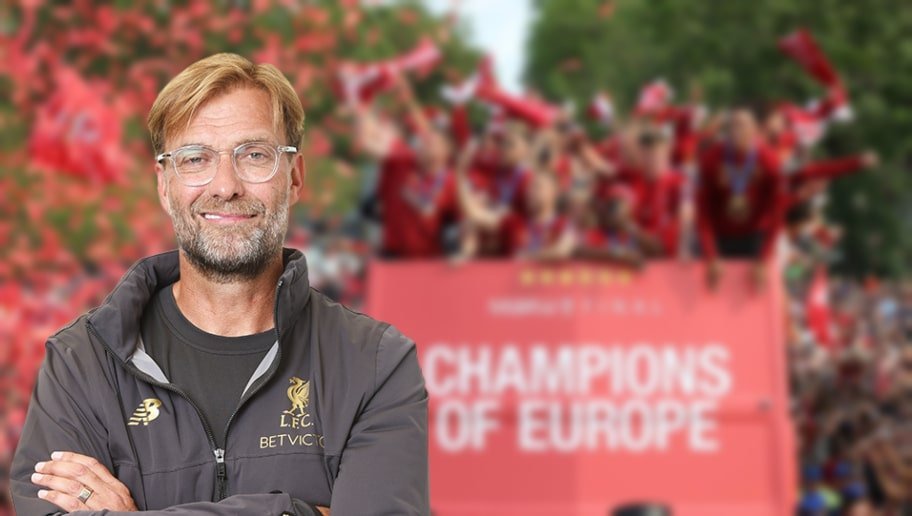 Under Klopp, Liverpool has experienced a massive resurgence in their prominence at both domestic and European levels. Since Klopp came into the picture, Liverpool has gone from a Europa League standard side to the winners of the Champions League 2018/19. It didn’t happen overnight though, with Klopp bringing in new talent every season until Liverpool were capable of competing against the best teams in the world again. The Liverpool of today’s success is reminiscent of Liverpool from the glory days of the ‘80s.

Jurgen Klopp – The Man Himself

Jurgen Klopp was once a player before he became a manager. He spent the majority of his playing career at second-tier German side Mainz05. At the club since 1990, he was known as a very physically gifted player. When he started playing for Mainz05, he played as a striker for the first 5 years, after which point he spent the rest of his playing career as a defender. In 2001, he stopped playing football, choosing to retire and become the new manager of Mainz05.

Klopp was one of, if not the first managers to champion the Gegenpressing tactic of football. Basically, Gegenpressing involves quite a heavy amount of pressure being applied immediately after a possession loss to win the ball back quickly. He prefers counter-pressing over playmaking, believing that good counter-presses will create more opportunities than playmaking alone.

This quick method of play was evident with Liverpool throughout their champion’s league run. Klopp’s philosophy on the pitch is something that is surprisingly unique, with midfielders commonly popping up on the scoresheet. The more fluid, less rigid style was something that really benefited Liverpool against teams like Barcelona.

In the second leg, where Wijnaldum got a brace, the fluid play was a big factor. Klopp’s player picks for the midfield really reflected his style, with players like Wijnaldum being brilliant on the attack and mediocre at best on the defense. Another player with a similar style of midfield play is Naby Keita, one of Klopp’s flagships signing during his tenure at Liverpool.

Klopp has always been adamant that he was meant to be a manager more than a player. A quote that reflects this was “I had the talent for the fifth division, but the mind for the Bundesliga.” There’s a quote that perfectly represents the style of football he likes to play. “What I love is not serenity football, it’s fighting football – that’s what I like.”

Klopp’s first-rate mind made for some tactical oddities from the onlooker’s perspective, but he knew what he wanted to do and he made sure he had the players to do it. The style of central midfielder he favors is what pulled Liverpool through the semi-finals and into the final against Tottenham, where they secured victory.