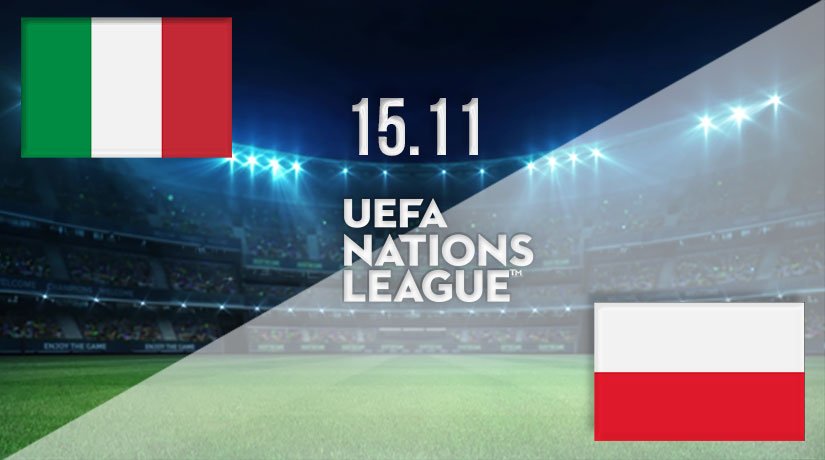 There will be a must-win game in the Nations League this weekend for Italy, as they host the side that are currently at the top of Group A1. But, will Poland be able to get a positive result in Italy?

Group A1 in the Nations League is one of the tightest in the competition, with three teams still having a realistic chance of finishing at the summit. Italy will be looking to go into the final round of fixtures as the leaders in the group, but to do that, they will need to beat Poland this weekend. Poland are the current leaders in the group, as they have picked up seven points from the four games that they have played. They have scored the most goals in this Nations League group, and they have conceded the joint lowest number. Poland are unbeaten in five international fixtures, with the most recent of those being an international friendly success against Ukraine. Poland were made to work hard by their opponents in this fixture, but they went ahead five minutes before the break through Krzysztof Piatek. That lead was doubled just after the hour mark, as Jakub Moder doubled their lead.

Three points for Italy in this fixture would see them jump to nine points in the group, which would leave them with their own fate within their hands. Italy have only won once in the Nations League so far, but they are also yet to lose as they have picked up three draws. However, they will be full of confidence after recording a big win in mid-week in a friendly against Estonia. Roberto Mancini made a number of changes for that fixture, with Vincenzo Grifo taking his chance as he scored a brace. Federico Bernardeschi and Riccardo Orsolini also found the net in the win.

Italy vs Poland Head To Head

The most popular result between these two sides has been the draw, with eight of these results coming in the past. Two of the past three meetings have ended in a draw, including the 0-0 that was played out between the sides in October.

Group A1 has been the group of draws so far, with no side being able to put down a marker in the group. This will be a huge opportunity to Italy to seize control, but we think that another draw is the most likely result.

Make sure to bet on Italy vs Poland with 22Bet!