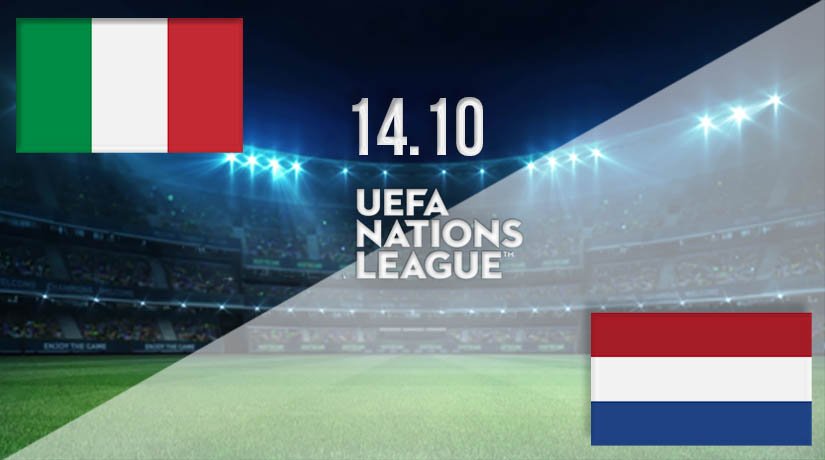 The biggest game in the Nations League this week will take place on Wednesday as Holland travel to Italy. Whichever team is able to get the three points from the match will take their place at the top of Group A1, but which country should gamblers be betting on?

Italy have picked up five points from their three games so far in the Nations League, and that sees them sitting pretty at the top of the group. However, there is just a one point difference between themselves and the Dutch. Italy are unbeaten in the Nations League at present, as they have won once and drawn twice. They have conceded just one goal in their three matches, with that coming in their 1-1 draw against Bosnia and Herzegovina.

Italy warmed up for their Nations League match this past weekend with a 6-0 win over Moldova. However, they were unable to get the win in the Nations League on Sunday as they were held to a 0-0 draw by Poland. It was a pretty forgettable match between the two sides as neither of them did enough to get the win. Italy dominated possession, but they registered just two shots on target.

It was also a disappointing result for Holland over the weekend as they were held to a 0-0 draw against Bosnia. The Netherlands dominated the possession throughout the game, but were unable to transfer that into clear cut opportunities. Holland come into this match against Italy having failed to win any of their previous three matches. During that run, they have been beaten by both Italy and Mexico. Holland have also failed to score a goal in any of their previous three matches, with their last goal being scored against Poland back in early September.

Italy vs Holland Head To Head

Holland have only beaten Italy in three of their 22 meetings, with their most recent win coming at the 2008 European Championships. Since then, Italy have won three of the previous six meetings. The last game played between the sides in Italy ended in a 1-1 draw.

Italy have the advantage going into this game, as they will be aware that a point will be enough to keep them in control of the group. Holland’s recent form doesn’t give much encouragement for gamblers, which means the preference is for the hosts.

Make sure to bet on Italy vs Holland with 22Bet!