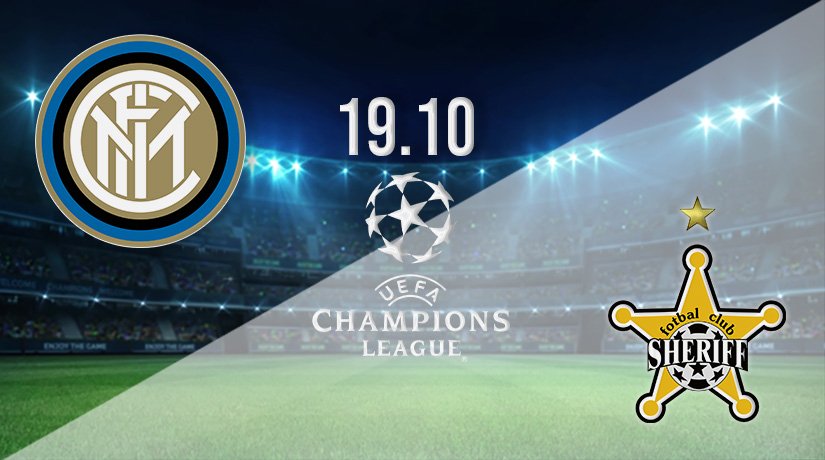 Few experts would have expected Sheriff to have enjoyed the results that they have achieved in their first two outings in the Champions League. They will be looking for a third straight win in the competition on Tuesday night at the San Siro against Inter Milan.

It has been a brilliant start to the Champions League campaign for Sheriff, as they have picked up maximum points from the two games that they have played. The Moldovan side were expected to struggle in the competition, with many expecting them to finish bottom of the standings.

However, they made those claims look extremely wide of the margin last time out, as they picked up the biggest win of their 24-year history, as they beat Real Madrid away from home. It was undoubtedbly their most famous night as a club side, as Sebastien Thill scored a wondergoal with just seconds remaining.

As for Inter, it has been another disappointing start to their Champions League campaign, as they were without a win in two outings. They have picked up just one point, and have failed to score a single goal in fixtures against Real Madrid and Shakhtar Donetsk.

Their most recent match was a 0-0 draw against the Ukrainian side, as they managed just two shots on goal in a very testing fixture on the road. The Italian side managed just 34% of the ball, but will likely dominate possession in this fixture.

History will be made on Tuesday night, as these two sides meet for the very first time ever. It will also be the first occasion that club sides from Italy and Moldova have met in any UEFA competition.

Sheriff will be looking to join elite company, as they look to win their first three matches in UEFA competition. Only Malaga and Leicester have achieved that this century. It’s hard to rule their chances out given they beat Real just a couple of weeks ago. A draw could be the shock outcome.

Make sure to bet on Inter Milan vs Sheriff with 22Bet!