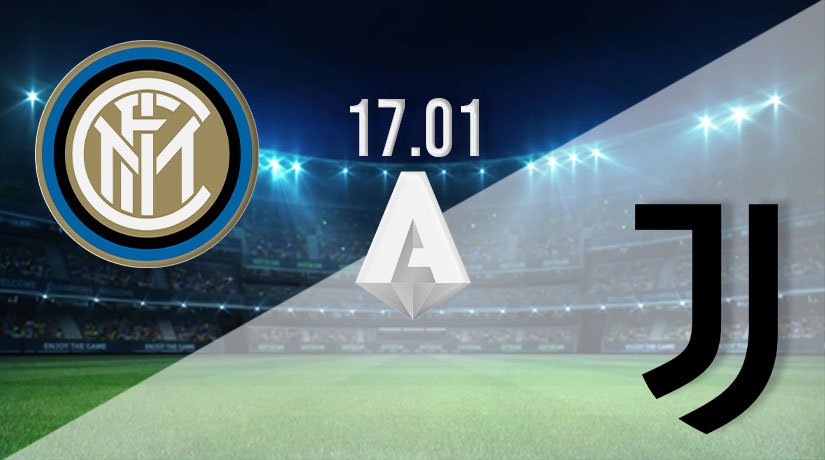 Five matches will be played in the Serie A on Sunday with the headline action pairing two of Italian football’s biggest sides. Inter Milan host Juventus in a game that could provide us with the eventual winner of the competition. Set for a 19:45 GMT kick-off armchair fans can follow all the play live on television and an exciting 90 minutes awaits.

Inter and Juve are no strangers to clashing in important matches and the head-to-head scores show the visiting side and defending champions boast the lion’s share of success. Juventus are currently on 30 wins with Inter Milan showing 15 wins and 21 games ending in a draw. The most recent meeting produced a simple 2-0 win for the Old Lady who haven’t lost to Inter since 2016.

Milan in the title mix

Inter Milan fans will be desperate to see their side record a long-overdue win against Juventus and the locals head into this game full of confidence following an impressive season so far. They start this match second in the league table with 37 points on the board and only three behind leaders and great rivals AC Milan. Inter have won 11, drawn four and lost two games, scoring 43 goals while conceding 23.

Despite challenging for pole position we have seen Inter drop off the pace in recent weeks and they are now winless in their last two games. That dip began with a painful loss against Sampdoria on the road, a shock result, before scrapping out a 2-2 draw away to Roma last week. The latter was a thrilling contest, Roma snatching a point with a late goal from Mancini.

Juve back to their best

Juventus have dominated Italian football in recent years, and they were expected to tighten their grip over Serie A with another title win this year. That may still prove to be a shrewd call but if Juventus are to retain their crown they will have to embark on a long unbeaten run, starting with three points at the home of one of their title rivals. Juve went into the week in fourth with 33 points on the board. That’s six fewer than Inter Milan but they do have a game in hand.

The Old Lady arrive on the back of a stunning three-match winning streak that has fans singing the team’s praises and suggesting they are back to their best following a stick end to 2020. Juve were last seen beating Sassuolo 3-1 last weekend, the same scoreline they beat Inter Milan by in the game before. In their three games this year the visitors have scored 10 and conceded three.

Inter Milan are the home team and sit higher in the league, but their opponents show the better recent form and have vital experience of winning important matches. This game has all the ingredients of a thriller and fans hope it lives up to the hype.

Make sure to bet on Inter Milan vs Juventus with 22Bet!