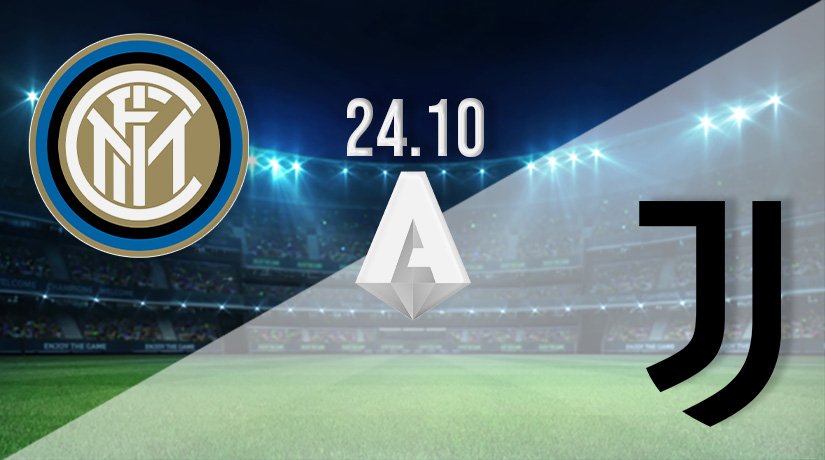 The top teams in Italy return to Serie A duty this weekend following an exciting round of fixtures in the Champions League group stages. There was a mixed bag of results for Italian sides flying the flag on the continent but they can leave that distraction behind them and return to the important business of winning league points and climbing the ladder in one of world football’s most famous competitions.

Followers have some exciting matches on the Sunday schedule with the game of the day pairing Inter Milan and Juventus, two teams that believe they are good enough to challenge for the title this season and are likely to do just that in the months ahead.

Inter Milan have fared better than their opponents thus far but enter this match on the back of an unconvincing run of form that has seen them drop to third in the table behind Napoli and derby rivals AC Milan.

Juventus suffered a sticky start but appear to have found their feet and a recent winning run has thrown them back into contention for the major places. A win here would set their title challenge on track while showing the club’s critics they are ready to resume their dominance of Italian football.

Many football fans seek clues in the stats when making predictions on the top games from the best leagues and this fixture will be no different. What can the numbers tell us about Inter Milan v Juventus?

The teams met four times last season in league and cup action, with Juventus claiming two wins, Inter Milan one and a single draw. The most recent clash produced a thrilling 3-2 home victory for the Old Lady in May, and armchair followers of this renewal will be hoping to see something similar here.

Inter Milan are experienced enough and successful enough to know consistency is key to winning the Serie A title, but the club have lacked that in recent weeks. They prepare for this match with their stats for the league campaign showing five wins and two draws against one defeat, scoring 23 goals but conceding 11.

The 17 points collected means they are already seven behind current leaders Napoli, who have a 100% record of eight wins from as many starts. AC Milan are second on 22 points and have won each of their last four. Inter must get a move on, or they could find themselves dropping further off what is a ferocious pace and bitter battle for supremacy.

The home team have won only one of their last three, that sketchy run of form consisting of a draw and defeat. They were held to a 2-2 home draw by Atalanta last month despite creating the better chances and looking the more likely side to win the points in the last 20 minutes.

That share came before a hard-fought 2-1 away win over Sassuolo. Although they picked up three points that day, it was a disappointing performance from the Milan team, who were expected to gain a far more comfortable advantage.

We last saw Inter in Serie A a week ago when losing at Lazio despite their opponents finishing that match with ten men. Perisic scored from the penalty spot on 12 minutes that day to give Milan the lead, and they held onto that advantage until 64 minutes when Immobile equalised from the spot.

That goal sparked a revival, with Lazio scoring on 81 and 91 minutes to turn the game on its head and deny Milan even a share of the spoils. The beaten team were left looking shell-shocked after losing a match they had been in control of for so long. The pressure is now on the players and coaching staff to bounce back and steer their season on course.

There’s plenty of life in the Old Lady

Fresh from the worst season in recent memory for Juventus when the team finally released their grip on Italian football and were rather fortunate to finish in the top four, all eyes were on Juventus to see how they reacted this season. Fans, pundits and even critics wanted to know how the team would cope being challengers after a decade of being champions.

Cristiano Ronaldo left to make an emotional return to Manchester United, working for Ole Gunnar Solskjaer, and those left behind seemed to struggle under the weight of expectation. They made a slow start to the season, and that had supporters worried it could be another tough campaign.

Juventus start this match down in seventh in Serie A with their stats for this league campaign showing four wins, two draws and a couple of defeats, scoring a dozen goals but conceding 10. When looking closely at those numbers, we notice Juve have scored the same number of goals as Genoa, who are down in the relegation zone, third from the bottom of the league.

They have also conceded more goals than Torino down in 12th. A shot-shy attack and nervy defence are problems the coaches have been working hard to remedy and will want to see improvements from the players in what’s left of 2021.

Despite their poor start, Juventus persevered and finally improved. They travel for this match with the confidence that comes from winning their last four games, with the 12 points driving them up through the table.

They were last seen in league action a week ago when beating Roma 1-0 at home thanks to a winning goal scored by Kean with just 16 minutes on the clock. 1-0 is rarely enough to win important matches, but it was that day, and fans would have been as impressed by the defence as they were relieved to win the game.

This will be an entertaining but tense match involving two teams that require the three points to keep themselves in the running for a title challenge. It may be very early in the season, but the team that loses this match could be out of the picture as Napoli are already well ahead and showing no signs of slowing down. Neither team will be too eager to get forward and leave themselves open at the back.

The defence of Juventus has been poor for about a year now, but they did look back to their old selves when winning 1-0 last time, holding their nerve and their shape under pressure. They may be the away team and lower in the league, but Juve boast the better recent form, and if they were to win this and extend that winning run to give games, it would inject confidence into the squad at a crucial stage of the season.

Inter Milan are priced at 2.1 by 22bet to win this match while supporters of Juventus can get their hands on 3.3. The draw is 3.64.

Make sure to bet on Inter Milan v Juventus with 22Bet!