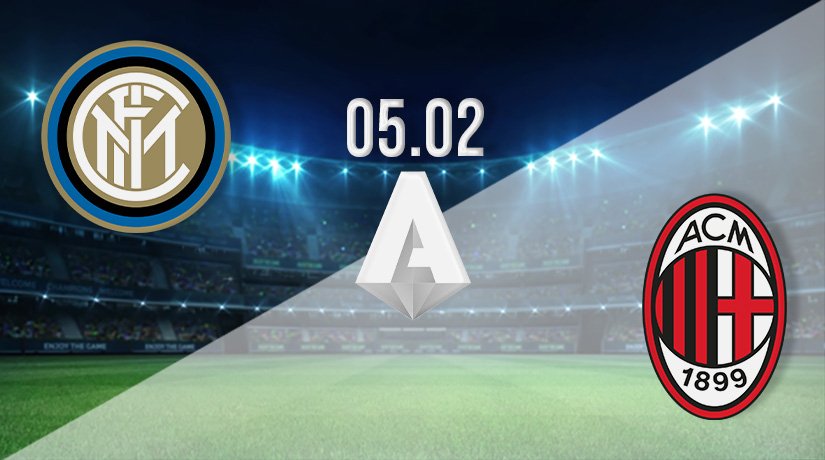 We have a packed weekend football schedule ahead, with the top leagues in Europe playing on Saturday. One of the standout fixtures on the bill comes from Italy, where Serie A contenders and great derby rivals Inter Milan and AC Milan clash. This match will be played out before a capacity crowd with millions across planet football watching live on television. Inter look to strengthen their position at the top of the league while AC hopes to slash their opponent’s advantage to one point.

Any time the two Milan teams meet in a competitive encounter, you can expect a thrilling 90 minutes of play. The added advantage of three vital points in a tight title race makes this match even more exciting. It’s all on the line here, and although the league trophy won’t be won or lost on Saturday, this game is an excellent chance for the sides to claim victory and gain the momentum heading towards the end of what has been a challenging winter.

Inter Milan and AC Milan have given us some memorable matches over the years, but the pair cancelled each other out earlier in the season. The last Milan derby ended in a 1-1 draw with an own goal from Stefan de Vrij quickly cancelled out by an equaliser from Hakan Chalhanoglu from the penalty spot. Both goals were scored inside the first 11 minutes of that match, but neither team had the cutting edge to snatch a winner. That was the first time the rivals have shared the points since a goalless draw in 2018.

Inter Milan lead the way in this season’s Serie A title race after 22 games, and they have a game in hand over the chasing pack. They line up for this test with their stats for the campaign showing 16 wins and five draws against just one defeat with 53 goals scored and 17 conceded. The one defeat is head and shoulders above the rest of the league, with fourth-placed Atalanta the nearest on three losses so far. Sticking with the numbers, we note that Inter Milan is the highest scorer by a comfortable distance but has conceded one goal more than Napoli.

The pacesetters have taken 13 of the last 15 points that have been available to them. That purple patch comprises four wins and a draw, with the spare coming in the form of a goalless finish away to top-four contenders Atalanta last month. That was a match Inter Milan were expected to win, and they created the chances to do just that but lacked the firepower to turn possession into three points. Since that draw with Atalanta, Inter Milan have beaten Empoli 3-2 in the Coppa Italia and were last seen edging Venezia 2-1 at this venue in the league last Saturday.

In their four games played in all competitions in January, Inter Milan finished with an aggregate score of 7-four, which shows they remain a force in attack but must improve their defence. The three goals conceded in their last two outings give the coaching staff and fans plenty to think about, but they have been winning and picking up points. A win of any description would be accepted here. The points are more important than the performance at this stage.

AC are winless in two

AC Milan prepares for this match on the back of a two-game winless run, knowing they must improve dramatically if they are to trouble the league leaders and win the Milan Derby. AC can be found sitting third in Serie A after 23 games with 49 points on the board. That tally places them four points behind Inter Milan, who has a game. That ramps up the pressure on AC Milan to win this match and blow the title race wide open or gain a point that would help keep things competitive. They know they can’t afford another defeat.

AC Milan’s form in their last five games reads three wins, one draw and a defeat. Their tally of 49 means they are level with a rejuvenated Napoli side that has won each of their last three to split the Milan pair. AC did reel off three wins on the spin but stumbled to a defeat before being held to a draw in their most recent outing. That loss was inflicted by Spezia last month in what was one of the biggest shock results of the season in Serie A. AC Milan steadied the ship with a draw at home to Juventus in their last outing.

Taking one point from the last six available, AC Milan knows they need a timely return to winning ways with pressure on the attack to deliver. The visitors have scored just one goal in their last two league starts, and that’s not the kind of return you would expect from a side with hopes of challenging for the title. Chances could be few and far between in this match, meaning AC Milan must take any opportunities that do fall their way.

Inter Milan are top of the league and showing the stronger recent form of the two teams involved here. They are the pundits’ pick to win this match with many respected names in the field but know they will have to be at their best to live up to expectations. Defeat would be costly here, allowing Napoli and AC Milan back into the title race.

AC Milan hasn’t enjoyed their best football during January, but the players can put them behind them now and concentrate on making their way through an important February. If they can make a winning start to the month, AC Milan will find themselves within touching distance of their opponents and back in the mix as a title contender. That should be enough to ensure they are focused and ready to do battle.

The pre-match betting odds available at 22bet on this Milan Derby has Inter Milan priced at 1.83 with victory for AC Milan trading at 4.12. The draw is 3.76.

Make sure to bet on Inter Milan v AC Milan with 22Bet!