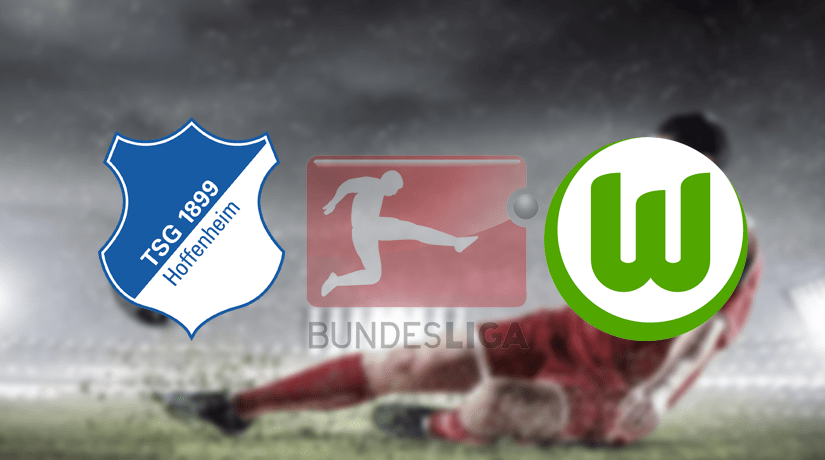 For Hoffenheim, losing their most talented star, Julian Nagelsmann, this season is not the end of the world. The progress needs to go on and Alfred Schroeder proves to be the square peck in the round hole. He has brought his team on the seventh of the table with only four points away from Borussia Dortmund which sits on the third. This weekend they aim to secure three points again after two negative results in a row while hosting Wolfsburg.

Sebastian Rudy and Co were rather unfortunate in their previous match last weekend. They were defeated 0-1 by Freiburg as Luca Waldsmicht scored through a penalty. Hoffenheim was actually playing quite well with several shots on goals, including Christian Baumgartner’s strike which hit the post.

Their counterpart, Wolfsburg, had a 1-1 draw against Fortuna Duesseldorf last weekend. They were one goal behind as Mathias Zimmermann opened the score sheet. Oliver Glasner’s men finally could equalize as Renato Steffen converted Admir Mehmedi’s cross into a goal by his header.

Alfred Schroeder, who was once Julian Nagelsmann’s assistant, often deploys various formations too as his predecessor, from 3-4-2-1, 5-3-2 or 4-3-3. He relies on the Croatian Andrej Kramaric as the main scorer supported by Ihlas Bebou or the versatile Danish youngster, Robert Skov.

Oliver Glasner tends to opt for various formations from 3-4-2-1, 3-4-3 or 4-3-3. He relies on Wout Weighorst as the main scorer. This Dutch frontman has netted seven goals and provided two assists. Their inconsistent form is something Glasner needs to work on this season.

The current top performers of Hoffenheim this season are Andrej Kramaric with six goals and one assist, Robert Skov with three goals and four assists and Sebastian Rudy who has bagged one goal and provided three assists so far.

In Wolfsburg, the current top performers are surprisingly the two wing-backs, William and Kevin Mbabu, besides their Dutch striker Wout Weghorst. Max Arnold is another notable one with three goals and three assists so far.

In this battle of the mid-table, both teams have similar issues, inconsistencies. Yet, playing at their home turf could be a slight advantage for Hoffenheim. They have a better record at home, including beating Schalke, Dortmund and Bayer Leverkusen. A narrow win seems quite plausible for the host.

The host is still considered a favorite, according to the punters. They are backed to win at 2.55. Koen Casteels and Co are projected to win at 2.80 whereas the odds for the draw result is at 3.40.

Make sure to bet on Hoffenheim vs Wolfsburg with 22Bet!