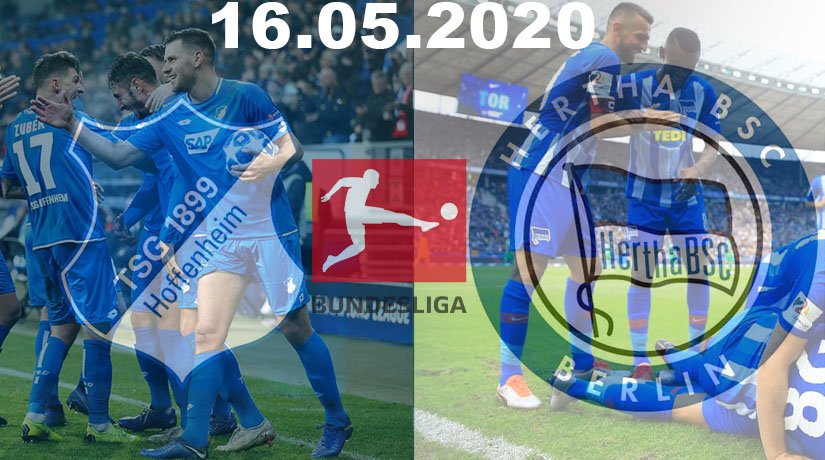 Two sides located at either end of the Bundesliga table will meet this weekend when top-flight action in Germany returns, with Hertha Berlin looking to ease potential relegation worries. Meanwhile, Hoffenheim will be looking for the three points that could see them close the gap in the race for a finish in the Europa League places. But, which side will be able to get the three points?

Hoffenheim may have been disappointed with their results so far this season, as they have failed to get the consistency that is needed to challenge for a Europa League spot. Regardless, they remain just two points behind sixth-placed Schalke ahead of the final nine games of the season. Their run of results over the last six games highlights that they have struggled for consistency, as they have won just once. During that run, they have lost three times and drawn twice.

Their home form has also been indifferent, as they have won just once in three at the Wirsol Rhein-Neckar-Arena. Defensively they have been vulnerable, as they have conceded eleven goals in their last four Bundesliga games. Their last outing in the top-flight came against Schalke, as they were held to a 1-1 draw. Christoph Baumgartner scored for Hoffenheim, while Weston McKennie scored for Schalke. Hoffenheim’s last home game ended in a 6-0 defeat against Bayern Munich.

It has been a strange season for Hertha Berlin. They still need points to pull themselves away from the relegation places, as they are just six points away from the relegation playoff place. So far this season, Hertha have already seen two managers lose their jobs as both Ante Covic and Jurgen Klinsmann have been shown the door. Bruno Labbadia is the new man in control after the club brought forward his start date.

Alexander Nouri had been in charge for the previous four league games, which saw Hertha draw twice and win once. The only other game during that run ended in a 5-0 home defeat against Cologne. The last two matches for Hertha have ended in draws against Fortuna Dusseldorf and Werder Bremen; two teams that are both occupying relegation places. Labbadia will know that he will have to hit the ground running in his first game, and their away record of losing just four games on their travels may give him confidence.

This could be an interesting fixture. However, it is also unpredictable as both sides are out of form and Hertha begin their new regime under Labbadia. The preference would still be for Hoffenheim, who have better quality in their squad.

Make sure to bet on Hoffenheim vs Hertha Berlin with 22Bet!