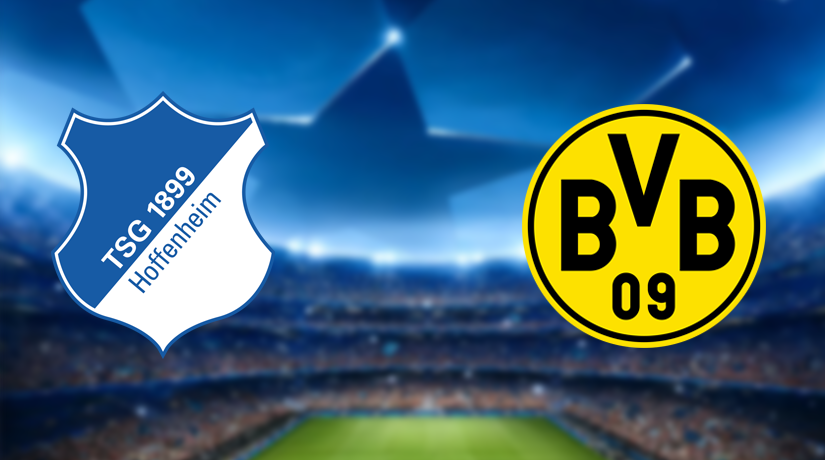 Borussia Dortmund was expected to be the main contender to end Bayern’s domination in Bundesliga, according to many pundits earlier this season. They were on spending spree as well during the summer transfer for signing Julian Brandts, Thorgan Hazard, Nico Schultz and resigning Matts Hummells.

However, such does not come true. In reality, Lucian Favre’s men are not the only team that has a chance to win the title. They are still unable to climb to the top of the table and are stuck on the third below RB Leipzig and Gladbach. Inconsistency seems to be the main issue in Dortmund, which has to be overcome by Favre to improve their campaign. This weekend, they will be taking on Hoffenheim, which seemingly shares the same issue as Dortmund.

Alfred Schreuder’s men had their first victory this midweek after being winless in their previous four games. They won over Union Berlin 2-0 in the away fixture. The two winning goals were scored by Ihlas Bebou and Christopher Baumgartner.

Meanwhile, Dortmund missed another chance to win after taking the lead. This time they failed to defeat RB Leipzig and were held in a goal galore draw. Marco Reus and Co had double lead first by Julian Weigl and Julian Brandt. Yet, Timo Werner equalised by his brace. Not long after Jadon Sancho scored to take another advantage. Their prospective win was eventually denied as Patrick Schick bagged a goal at the last minute.

Alfread Schreuder opted for the similar formation to Nagelsmann, 3-4-1-2 or 3-5-2. Yet, he prefers to employ his own tactical approach, 4-2-3-1 or 4-3-3. He relies on Andrej Kramaric who has scored four goals along with the Dutch winger, Jurgen Locadia. They both are also supported by Ihlas Bebou.

Meanwhile, Lucian Favre is lately in favour of 3-4-3 formation, which has been able to bring the best of his squad potential, yet sadly has to leave out Paco Alcacer and Mario Goetze in the line up as they are less swift and mobile compared to Marco Reus, who has been given a role as a false nine.

Hoffenheim’s current top performers this season is the Danish talent, Robert Skov. He originally played as a forward centre, as he did in the EURO U-20 last summer. However, he seems to be more suited as the left or right wing-back, in which he thrives. He has scored two goals and provided four assists so far. Another notable one is the midfielder, Sebastian Rudy.

In Dortmund, the phenomenal figure is Jadon Sancho. This English attacking winger has been the current top scorer and assist provider of the team with nine for each. Another one is Eden Hazard’s brother, Thorgan Hazard, who seems to be more developing in the new 3-4-3 system recently.

The match involving Dortmund is never easy to predict this season. They can be explosive and deadly just like while beating Inter Milan in UCL, careless and dull which cost their defeat to Union Berlin or simply powerless in Der Klassiker when they were hammered by Bayern under their caretaker. Thus, it should be a tight match. Nevertheless, if Marco Reus and Co would be fully focused, they might have a chance to secure three points here.

According to the punters, the draw result seems to be the most probable one. Its odd is at 16/5. Favre’s men are priced to win at 10/13 whereas Sebastian Rudy and Co are only backed to win at 62/17.

Make sure to bet on Hoffenheim vs Borussia Dortmund  with 22Bet!