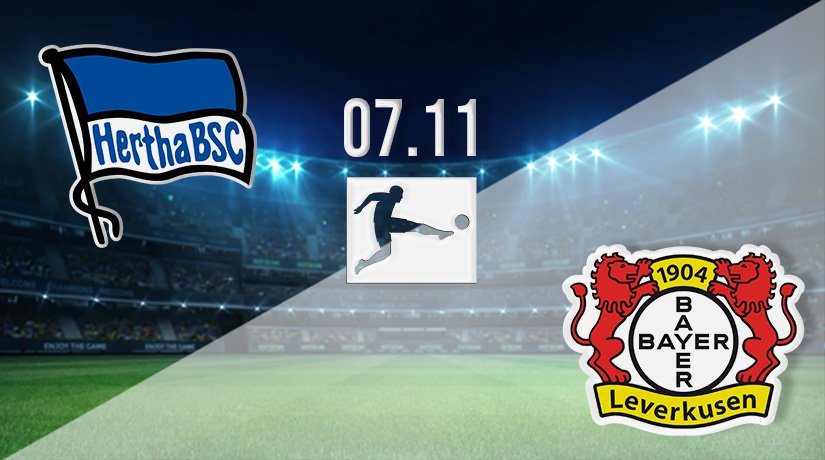 Bayer Leverkusen will be looking to book their Champions League hopes this weekend, as they travel to Hertha Berlin looking to end their three-match run without a win.

Any feint hopes that Bayer Leverkusen would have had to win the Bundesliga this season have been effectively ended over recent weeks. They now sit eight points away from Bayern Munich, and are just about holding on to their place in the Champions League positions.

Leverkusen are just a point ahead of Mainz coming into this round of fixtures, after failing to win in their last three games. Bayer have won just once in their last four, and have the worst defensive record of the teams in the top ten positions in the league standings.

Leverkusen lost for the second time in three matches last weekend, as they fell to a 2-0 home defeat against Wolfsburg. They didn’t really lay a glove on Wolfsburg in that fixture, as they managed just a single shot on target despite having 66% of the ball. Their attacking players will need to return to form if they are to have any chance of taking the points from this fixture.

Hertha Berlin are towards the opposite end of the standings, but have eased their relegation worries over recent weeks. The team from Berlin have won two games in their last three, and now have a three point advantage over the team in the relegation playoff spot.

However, Hertha couldn’t pick up a third straight win in the Bundesliga last weekend, as they were beaten by Hoffenheim away from home. A sending off for Dedryck Boyata in the 76th minute compounded their misery on that evening, as they found themselves 2-0 down at the half time break.

The hosts have a slightly better record in recent fixtures, as they are unbeaten in their previous four against Bayer Leverkusen. Hertha won the last meeting between the sides in Berlin 3-0, and have kept clean sheets in each of their last four games against Leverkusen.

Hertha have appeared to be a bit of a bogey side for Leverkusen in recent seasons. Leverkusen have failed to score against this weekends opponents in their last four meetings, and we could see that run continuing with the hosts picking up a 1-0 victory.

Make sure to bet on Hertha Berlin vs Bayer Leverkusen with 22Bet!