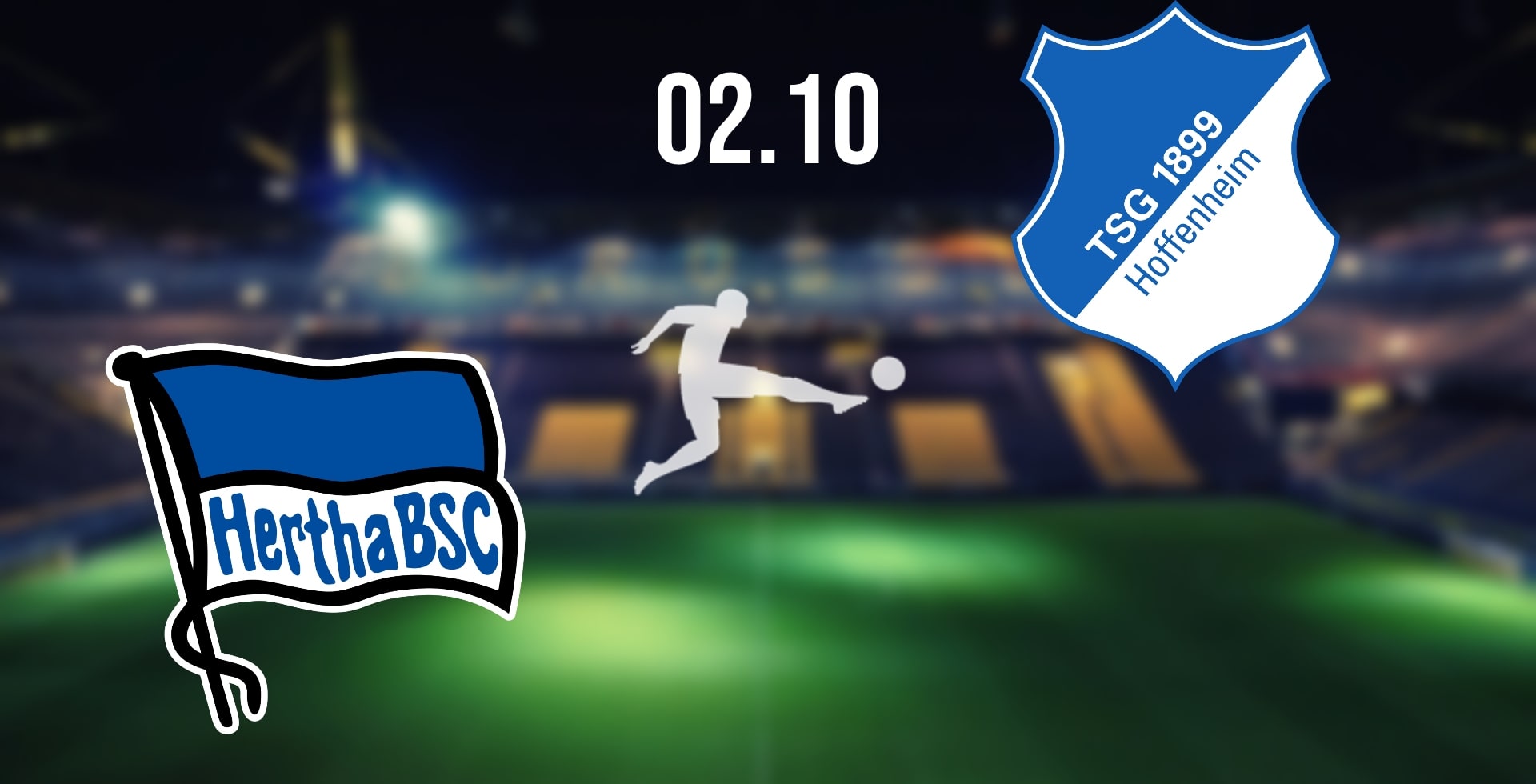 The action in the Bundesliga on Sunday comes from the German capital, as Hertha Berlin looks to pick up a second victory of the season after the international break. Hoffenheim are the visitors, as they look to close the gap on the team at the top of the standings.

This should be a thrilling match in Berlin this weekend, as both sides look to bounce back to winning ways after being held in their previous fixtures before the international break. Hertha will have the home advantage, and they should be relatively confident coming into this fixture after going three without defeat in the Bundesliga.

After winning their first game of the season a month ago, the capital club has been held to draws in each of their previous two fixtures. Their latest fixture was played against Mainz in the middle of September, as they were denied maximum points in that fixture when the hosts struck back in the 94th minute. They looked to be heading towards maximum points after opening the scoring after 30 minutes. The opening goal was scored by Lucas Tousart.

It has been a very strong start to the new season for Hoffenheim, as they have won four of the seven matches that they have played in the Bundesliga. They currently sit fourth in the overall standings, and could move to within a point of the top spot with victory this weekend.

However, they will need to bounce back from their result before the international break, as they were held to a draw for the first time this season. That draw was picked up against Freiburg, as the two German sides played out a very uneventful 0-0 stalemate. Hoffenheim managed just three shorts on target in that game, and they will need to be much better in the final third this weekend.

Hertha ended a run of three successive defeats in this fixture in the previous meeting between the sides. That match ended in a 3-0 success in this exact fixture last term. However, Hoffenheim has still won five of the previous seven fixtures against Hertha.

Hertha should be confident coming into this fixture after avoiding defeat in their previous three. However, the preference remains for Hoffenheim, who have been extremely difficult to beat throughout this season.