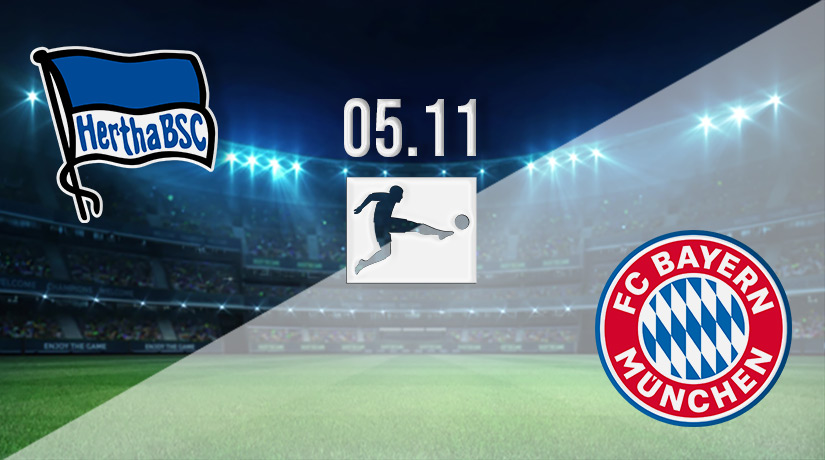 Bayern Munich will be back in domestic action on Saturday, as they look for maximum points to move to the top of the Bundesliga standings. However, Hertha Berlin will also be desperate for the points this weekend, as they aim to move away from the relegation places.

Not many people would have expected Bayern Munich to be sitting second in the Bundesliga standings at this early stage of the season. Even fewer would have been expected them to be trailing Union Berlin by a point. However, the Bavarian giants could move to the top of the standings for a short time this weekend if they can pick up maximum points against Hertha Berlin on Saturday.

Bayern has been in strong recent form, as they have picked up three straight victories, and four wins in their previous five games in the German top-flight. They were in excellent form in their most recent domestic fixture, as they landed a 6-2 home win against Mainz. There were six different scorers for Bayern in that win, including Sadio Mane, Serge Gnabry and Eric Maxim Choupo Moting.

Hertha will not like seeing their rivals sitting top of the Bundesliga standings, but they also wouldn’t want to drop into the bottom three places in the league table. They have won just once in their previous five fixtures, while they have claimed just two victories in total across 12 games this term.

At present, they sit just two points clear of the bottom three, and they were beaten for the fifth time this season in their previous fixture. That defeat was suffered on the road, with Werder Bremen picking up a 1-0 win.

Bayern may be sitting second in the current standings, but I don’t expect them to face too many issues in this fixture on Saturday. I expect the German champions to record a fourth straight victory, and that could be achieved with a 4-1 win.