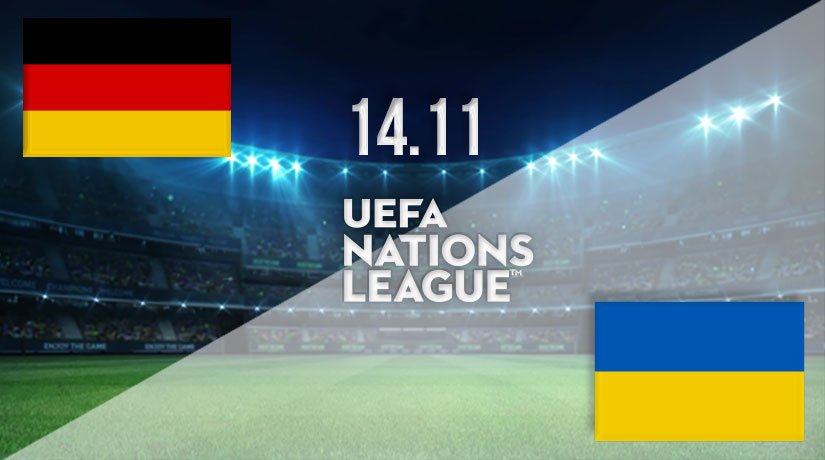 The stakes couldn’t be higher in Group A4 of the Nations League, and Germany and Ukraine will come into this fixture at the weekend knowing that only a win for either side will leave the race to finish as group leaders in question.

Germany are still in the process of trying to find the right formula to see them compete for the European Championships next summer. The memories of the 2018 World Cup are still fresh in the memory, but a finish at the top of this Nations League group would illustrate that progression has been made. They have picked up seven points from their four group games to this point, which leaves them in second place.

However, draws have been their biggest issue to this point, as they have drawn three of their four games. They have won just once, which is fewer than both Ukraine and Spain in this group. However, unlike their opponents, they haven’t lost a game in this group yet. The forward players caught the eye in their last Nations League game against Switzerland, as Timo Werner, Kai Havertz and Serge Gnabry all got themselves on the scoresheet in the draw.

Many experts will be surprised that Ukraine are still in contention to potentially win this group, as they are just one point off the top of the group. They have won two from their four fixtures to this point, but they have also been beaten on two occasions. A win this weekend will see them go into their final fixture knowing that a final three points could see them finish top of the standings. Ukraine gave themselves an excellent chance of upsetting the odds in their last game, as they beat Spain 1-0. It’s likely that the same counter-attacking style will be on display once again this weekend.

Germany vs Ukraine Head To Head

Ukraine’s record against Germany doesn’t give them much hope as they haven’t won in the seven occasions that they have faced this weekend’s opponents. Germany won the previous meeting between the sides back in October 2-1.

Ukraine’s record will not give gamblers much hope that they can follow up their shock win over Spain with another surprising win. However, their style of play means that they could take at least a draw away from Germany, which would present an excellent result for this improving side.

Make sure to bet on Germany vs Ukraine with 22Bet!