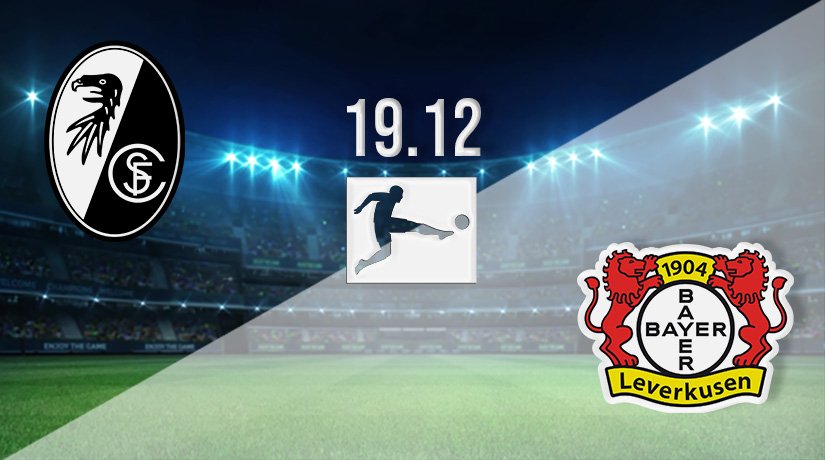 SC Freiburg host Leverkusen on Sunday at 15:30 GMT in a Bundesliga match. Freiburg’s early-season form has gone off the boil in recent fixtures, and they have fallen to 5th on the table as a result.

Leverkusen are looking to maintain their consistency in the league to keep pressure on Bayern and Dortmund on the first and second positions on the table.

Can Freiburg Regain Their Early-Season Consistency?

Christian Streich’s side are on a run of six matches during which they have won only two and lost the other four. As a result, Freiburg have fallen to 5th on the table, two points ahead of Union Berlin in 6th.

Christian Streich will need to find urgent solutions to the negative turn in form for his squad, and do it just in time to face Leverkusen, who are third on the Bundesliga table, and four points behind second-placed Dortmund.

Can Leverkusen Sustain Their Challenge to the Top Two of Dortmund and Bayern Munich?

After the damaging 5-2 defeat at Eintracht Frankfurt, Leverkusen saw the gap o the league leaders expand to 10 points, and the gap to second-placed Dortmund grow to 4 points.

Another loss will mean that Leverkusen will be way behind the top two teams to have an impact on the Bundesliga race.

Gerrado Seoane’s side need to maintain consistency in their matches to stand a chance of overhauling the gap to first and second on the table.

In their last six rounds of fixtures in the Bundesliga, SC Freiburg have collected 6 points from the available 18. In this run Christian Streich’s side have managed two wins and four losses.

Playing at home, Freiburg have managed two wins, two draws, and two losses, in their last six rounds of fixtures on home soil.

Leverkusen have collected 10 points out of the available 18 from their last six rounds of Bundesliga fixtures.

Away from home, Leverkusen have collected 11 points from their last six outings in the Bundesliga. This run is only bettered by Bayern Munich’s haul of 15 points out of the available 18.

Christian Streich will be without the services of right-back Andre Barbosa da Silva; the 28-year-old is sidelined with a shoulder injury since October 16th.

Freiburg will not count on goalkeeper Sebastian Mellack because he is nursing back trouble that has kept him out since August 9th.

Streich will also be unable to select Stefan Ilic, with the center-back nursing a ruptured cruciate ligament since July 20th.

Gerrado Seoane’s side will be without defensive midfielder Julian Baumgartlinger; the 33-year-old is side-lined after having undergone knee surgery.

Leverkusen will also be without the services of Timothy Fosu-Mensah, with the 23-year-old right-back having suffered a ruptured cruciate ligament on May 1st.

Holer is the SC Freiburg top scorer this season with 4 goals and one assist in 15 appearances. His partnership with Demirovic has been fruitful for Freiburg in the past.

Holer will be crucial for Freiburg if they are to stand a chance of taking anything from the clash with Leverkusen on Sunday.

With 14 goals and one assist in 15 appearances this season, Patrik Schick is increasingly influential for Leverkusen. Seoane’s side are reliant on Schick for his goals and forward play alongside Wirtz in the Leverkusen attack.

This means that Schick will be crucial for Leverkusen as they face an SC Freiburg side desperate for points on Sunday.

Expect Leverkusen to play on the front foot according to Seoane’s style of play. This means that they will look to dominate possession and create chances through movement and passing.

SC Freiburg will look to stay solid and compact. This will allow them to reduce the chances Leverkusen will create behind their defense. Freiburg will also look to attack through the counter and catch Leverkusen out when they over-commit.

With Patrik Schick in good form, Leverkusen will have a massive advantage going into this match against SC Freiburg. Leverkusen can be backed to take all three points.

Make sure to bet on Freiburg vs Leverkusen with 22Bet!