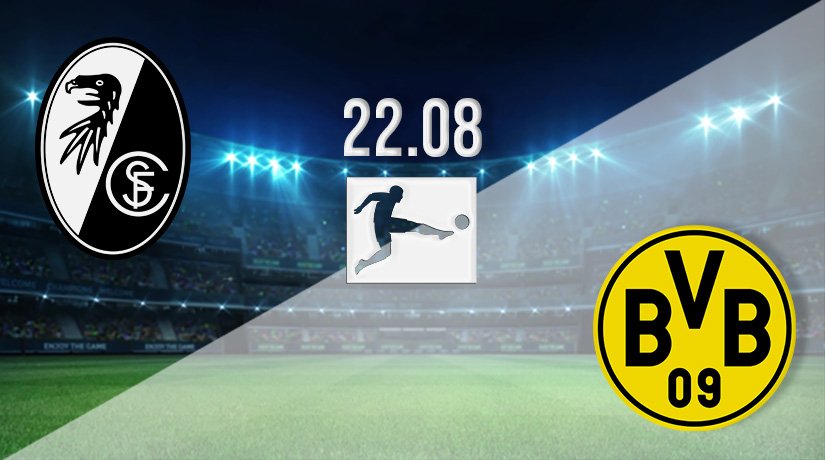 Six games will be played in the German Bundesliga on Saturday, with all but one of the games starting at 14:30 GMT. The standout fixture on that list sees top four contenders Borussia Dortmund travel to a Freiburg side who will fancy their chances of scoring an early upset, enhancing their chances of finishing in the European places.

These teams faced off twice last season, with the club playing at home, winning on each occasion. Borussia Dortmund made their home-field advantage count back in October to win 4-0 but were denied the double when Freiburg beat them here by a 2-1 score earlier this year. Another competitive encounter is expected as both sides target the points.

Freiburg travelled to Arminia Bielefeld last Saturday, looking to get off to a winning start, but they weren’t able to secure the three points. That match returned a point after a less than exciting 0-0 draw where both teams struggled to create any clear chances and looked happy to settle for a share of the spoils near the end. Fans of the home team will want to see a more ruthless attack in this game.

There are positives that can be taken from that draw, and the coaching staff will be encouraged by the clean sheet, especially away from home. The Freiburg defence struggled at times last season, and it looks like the extra work on the training pitch is paying off.

Fans of the German Bundesliga believe Borussia Dortmund are one of only a few teams in the league good enough to challenge Bayern Munich and attempt to end their long dominance of German football. They started with a home match against Frankfurt and put in the pick of week one performances to secure all three points.

Dortmund flexed their muscles when easing to an impressive 5-2 victory, with the game tied up by halftime. They leaked an early own goal and late strike but did more than enough to win the match, with Haaland hitting a double, the other goals coming from Reus, Hazard and Reyna. The perfect confidence-boosting win.

Dortmund were in fantastic form last week and will rate their chances of making it six points from their first two games. They won’t get anything easy at this venue, but the visitors have an abundance of confidence, class, and skill. If they can replicate last week’s efforts, they are capable of winning on the road.

Freiburg will hope their strong defensive showing of last week holds up, and the longer this game stands at 0-0, the more chance they’ll have of springing a surprise. To have any chance of beating Dortmund, the locals must take their chances.

The pre-match betting odds available to 22bet members looking to gamble on the outcome of this game show Freiburg are 5.35 for victory. Borussia Dortmund trade at 1.97 with the draw a 2.62 shot for those struggling to split them.

Make sure to bet on Freiburg v Borussia Dortmund with 22Bet!