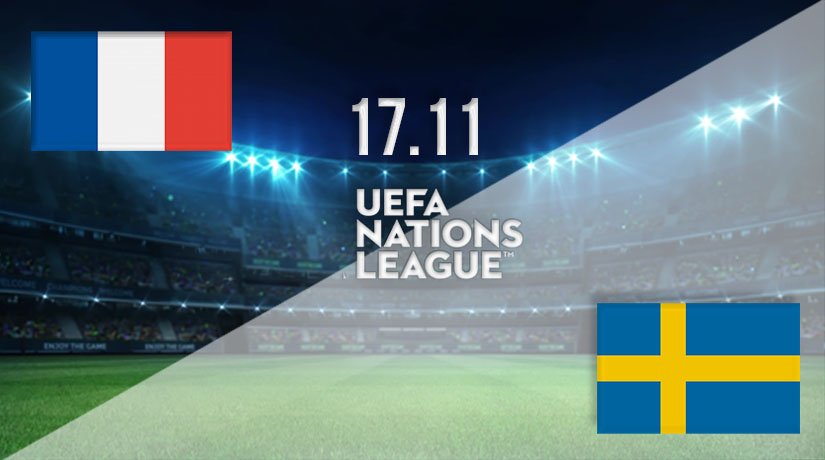 France are back in Nations League action as they aim to finish their campaign on a high with a home win over Sweden. This match is scheduled for a 19:45 GMT kick-off and will be shown live on television to a bumper audience. A point would be enough to see Les Bleus over the line.

France have been almost faultless during their Nations League campaign so far and sit top of Group A3 with 13 points on the board, three more than nearest rivals Portugal. The home team set-up with stats of four wins against one draw and no defeats, scoring eight goals while conceding three. They have won each of their last two and will expect to complete the treble.

The French warmed up for this match with a crucial 1-0 win over Portugal on the road at the weekend, the winning goal coming from Kante early in the second half. It was a deserved but needed result after France suffered a shock friendly defeat to Finland a few days before, going down 2-0 against a hard-working opponent.

Sweden were dropped into Group A3 alongside France, Portugal, and Croatia. It was always expected they would struggle against such high-calibre opposition and that has proven to be the case. Sweden are bottom of the group with their stats for the campaign reading one win against four defeats with seven goals scored and 13 conceded.

The visitors lost each of their first four outings but did pick up the spare victory in their most recent game, beating Croatia 2-1 at home. It was a deserved if surprising, result and the win would’ve given the squad some much-needed confidence heading into this test. Both goals were scored in the first half of the contest before Croatia hit back late on.

France have more to play for here as they aim to finish top of the group and on a high. This is top vs bottom of the pool and the locals will be confident they have what it takes to win. Sweden will be encouraged by that victory over Croatia and will make life difficult for their hosts.

France have been priced at 1.56 with 22bet to bag three points with the victory for Sweden available at 6.4. The draw is 3.9.

Make sure to bet on France vs Sweden with 22Bet!