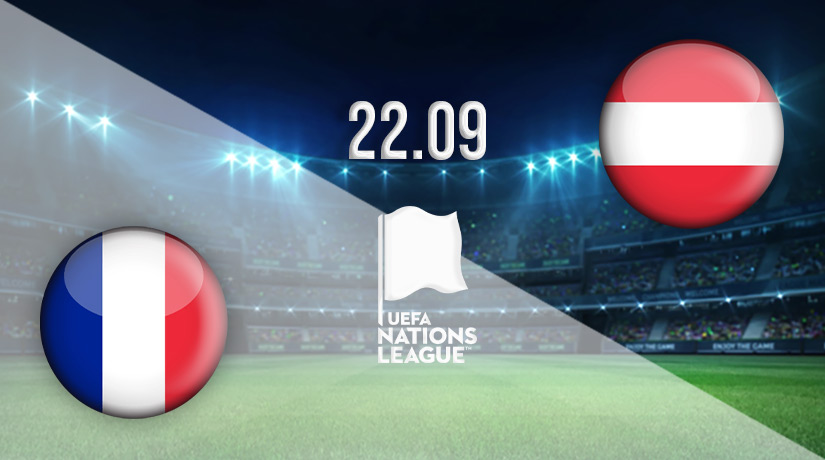 France will be looking to turn around their torrid start to their Nations League campaign this term when they host Austria at the Stade de France on Thursday at 19:45 GMT. The World Champions will be looking for their first win in the campaign, while Austria are seeking to bounce back to winning ways after going winless in three outings.

Can France Win their First Match in the Nations League this Term?

Didier Deschamps faces the challenge of turning the form and performances of his talented squad into wins in the Nations League this term. Les Bleu are winless in four outings and they have collected two points out of the available 12.

Deschamps will focus on the performance levels and intensity of his side when they face a talented Austrian side on Thursday. This will be challenging given the diversity of his playing talent and where they play for their respective clubs.

Defensive solidity will be crucial against Austria as France look to get back to keeping clean sheets while maintaining their attacking threat.

Can Austria Bounce Back to Winning Ways away to France?

Ralf Rangnick will prepare his team to face the World Champions with respect but without fear at the Stade de France.

Austria have shown good form by taking four points so far this season. Ralf Rangnick will be looking to instill some consistency into their performances while maintaining high intensity and energy levels during their matches.

Rangnick will be wary of the attacking talents in the France team; he will focus on implementing a shape that bolsters their defensive solidity while maintaining their attacking threat.

This will be crucial in the clash against France on Thursday as the World Champions look to turn their poor form with a win.

Les Bleu are winless in their opening four outings in the Nations League this term. They are currently at the basement of the group with just two points out of the 12 they have played for so far.

Deschamps’ men opened their campaign with an abject 1-2 home defeat to Denmark. They followed this result up with a 1-1 draw away to Croatia on matchday 2. France then drew 1-1 away to Austria before losing 0-1 at home to Croatia.

Didier Deschamps will be looking to get his side performing at their best when they take on Austria on Thursday as preparation for the World Cup kick into gear.

After holding France to a 1-1 draw earlier in matchday 3, Rangnick’s men will be looking to repeat the trick when they face Le Bleus on Thursday.

Austria’s form in this term’s Nations League campaign has not been good. They have collected 4 points from the available 12, and they are second-bottom of the table.

They opened matchday 1 of the Nations League with a comprehensive 0-3 win away to Croatia. However, this is the only win in the campaign so far because Rangnick’s side have lost twice against Denmark (1-2, and 2-0) and drawn against France (1-1).

The 23-year-old PSG forward has started this season very well; he has hit seven Ligue 1 goals in seven appearances for PSG. He has also added three further goals in two appearances in the Champions League.

For Les Bleus, Mbappe has become a talisman; he will be crucial in the clash with Austria, especially in weaving the France attacks together and penetrating the defensive line.

The 33-year-old forward has scored six goals in seven appearances for Serie A side Bologna.

His offensive threats come from his pace, physical attributes, movement, and cutting edge in front of goal.

He will be important for Austria in the clash against France on Thursday.

France will focus on their possession-based approach to dominate the ball and bossing the middle of the pack. They will build and play patiently from the back.

Austria will be proactive in their pressing and passing to put France under defensive pressure.

France will win this match, and thus get their first match of the Nations League this term.

Make sure to bet on France vs Austria with 22Bet!