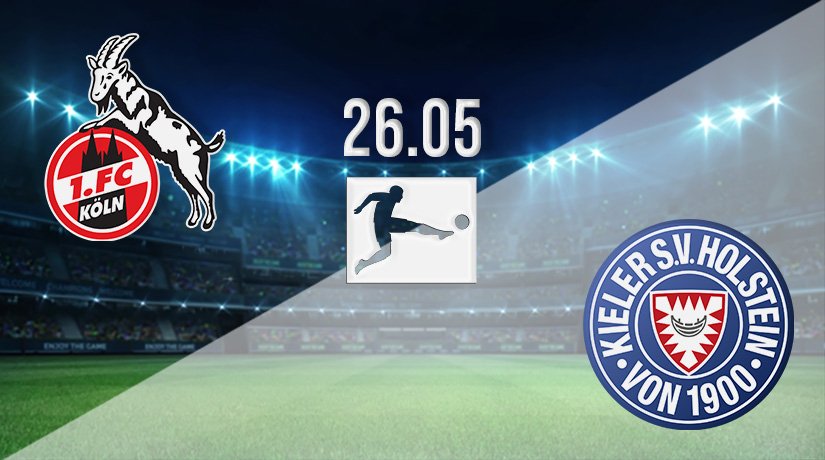 The German Bundesliga regular season is over, with Bayern Munich continuing their dominance over the competition. With the prize places confirmed, including the top-four Champions League slots and the top-six Europa League slots, attention turns to the opposite end of the table. Werder Bremen and Schalke were both relegated from the Bundesliga this season after finishing in the bottom two places.

One more relegation slot is confirmed, and a two-leg play-off will decide it between FC Koln and Holstein Kiel. Koln is fighting to beat the drop, and Holstein Kiel who are battling to be promoted to the top tier of German football. To achieve that, they must secure an aggregate win over their opponents.

Season to forget for Koln

It has already been a season to forget for FC Koln as they slumped down the Bundesliga and spent much of the campaign hovering around the danger area. Despite the poor performance, fans will see this relegation play-off as a chance to win something this season for want of a better word. They can win the chance to stay in the league and protect their place at the top level of German football.

Koln ended the regular season in 16th place, just two points above the relegation zone. They returned stats of eight wins and nine draws against 17 defeats, scoring 34 goals but conceding 60. Taking a closer look at those numbers, we note Koln conceded three more than Bremen, who finished second bottom and suffered automatic relegation. If they are to have any chance of avoiding the drop, the hosts must drastically improve their backline.

Holstein Kiel has a remarkable opportunity to make it to the German Bundesliga and share in the riches of being involved in one of the most famous leagues in European football. They must navigate a way past FC Koln starting with this trip to the home of the current Bundesliga side. The visitors missed their chance at automatic promotion and only have themselves to blame for that but have one final roll of the dice thanks to the extra two games added to the end of the season.

Holstein proved they could hold their own against some of the top teams in the country when blazing a trail to the latter stages of the German Cup. They performed above expectations in that competition before eventually being eliminated by Borussia Dortmund in the semi-finals. The away team head into this season-defining match with confidence in the ranks.

Koln will be confident in their ability to make the home advantage count in this match, and they’ll want to head into the second leg with an advantage to defend. Kiel could lose this game but still go through when at home on Saturday, but they’d love to score an away goal or take a draw back to their patch.

Make sure to bet on FC Koln vs Holstein Kiel with 22Bet!