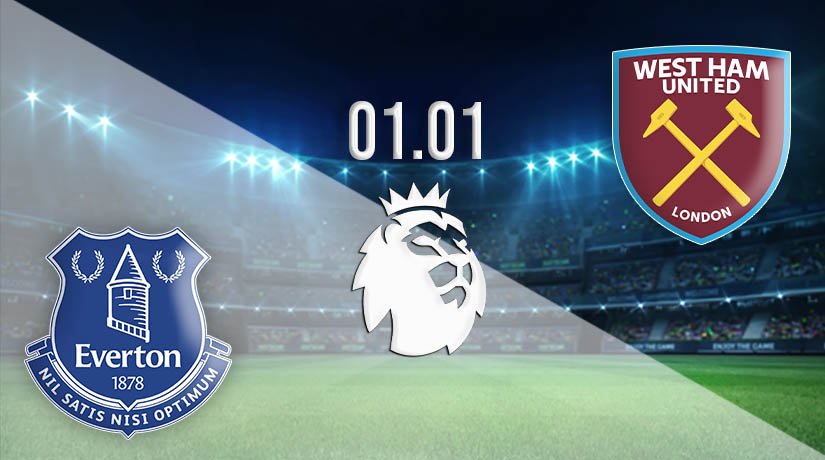 Title challengers Everton welcome West Ham United to Goodison Park on Friday for a match scheduled to kick-off at 17:30 GMT. This will be the first Premier League match of the year and both teams enter confident in their ability to get off to a perfect start by bagging all three points. Will the Toffees make home advantage count, or can the Hammers cause an upset?

Everton proved to be the surprise package of the English Premier League season, competing for pole position in the table with Merseyside rivals Liverpool. Can the Goodison Park club maintain their challenge? They are certainly on the right path and the players appear to be growing in self-belief with every win gained. Victory on the opening day of the year would do wonders for their confidence and show they are serious about challenging.

The Toffees had a dip in form at the start of winter but four wins on the spin threw them back into the mix. They impressed when beating Arsenal 2-1 at this venue last month and followed that with a vital 1-0 at Bramall Lane against struggling Sheffield United. The performance wasn’t their best, but Everton got the points.

Hammers hoping for a European finish

West Ham are a side aware of their limitations. They understand a push for Champions League football is unlikely with their current squad and budget but know there’s no reason why they can’t challenge for the top 10 and even, with a bit of luck, a Europa League slot. West Ham must, at all costs, avoide losing their place in the top division.

The Londoners enter the year on a mixed bag of results and were beaten 3-0 by Chelsea before scrapping out a thrilling four-goal draw with Brighton in Stratford. The former was to be expected but the latter showed West Ham’s unrelenting fighting spirit and desire for points. They’ll need plenty more of that attitude in this game.

On recent form, Everton are the strong favourites to win this match but the home dressing room know the points won’t come cheaply against a dogged and determined West Ham who will battle to get at least a point from the game.